With Tons of Goodies for All the Backers

2002’s TY the Tasmanian Tiger will find its way back to us in 2020. Thanks to the developer Krome Studios, a crowdfunded campaign was started on Kickstarter to bring the game to the modern era. The campaign began mid-way through August and quickly reached its goal to bring TY the Tasmanian Tiger to the Switch. Now, more stretch-goals have been added and it looks like we might be seeing the game come to PS4 and Xbox One. 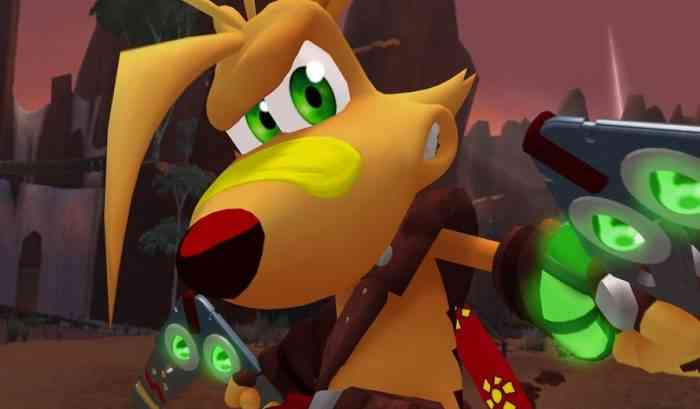 As of today, the original goal of $50,000 USD ($66,000 CAD) has been reached and the funds sit at just over $100,000 USD ($135,000 CAD). The threshold for PS4 and Xbox One releases is $150,000 USD. With about a week and a half left in the campaign, it is certainly possible that they will make it, and beyond that goal, there is another incentive that has not yet been announced. In the game, TY uses boomerangs in combat. Krome Studios is planning to use the unique controls of the Switch as a new way of controlling this feature.

As with many Kickstarters, there are a ton of rewards for different amounts contributed. These range from Steam download keys, digital art books and soundtracks to one of a kind portraits of contributors in the style of TY the Tasmanian Tiger and even a statue of that same portrait! Although those last two rewards would require an insane amount of money, it would be pretty incredible to have a statue of myself as a furry. The campaign to fund TY the Tasmanian Tiger ends on September 5th. Check it out on Kickstarter.

Are you glad TY is coming to the modern consoles? Let us know in the comments below.