A Month and a Half Layover Until the Next Flight

The World Update 3 for Microsoft Flight Simulator was meant to take off on February 11th, but after a delayed departure, it is flight-ready. We thought it would be covering just Great Britain, but it seems that Northern Ireland will be touched upon as well in this update. Judging by the roadmap that Asobo Studios released for the next few months, time between releasing World Updates will vary depending on size. The UK update will be coming out tomorrow and it appears that the following update will be coming out in late March. 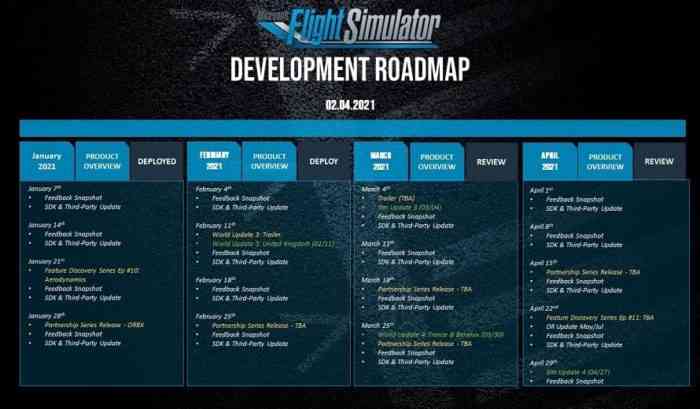 The UK update will be adding dozens of landmarks including some Scottish castles, sculptures like Stonehenge, and several famous airports like in Liverpool. There are also dozens of in-sim airports and new aircrafts becoming available, with specific models that aircraft enthusiasts will recognize. A really nice thing about the development logs that the team does is the detail of what does and even does not get added with each update. Things like scenery objects, aircrafts, airports, and missions are listed, but also the number of them added, even if that number is zero. So if you are looking for specific things in an update, it should be pretty easy to find them or at least know if they are even in there.

Looking to the horizon, fans can expect another major update in about a month and a half. This update will focus on the France and Benelux region. Benelux is an area that includes Belgium, Netherlands, and Luxembourg, so it will be a little bit like the UK update. There is still no word on when the Xbox Series X version of the game is coming out. Microsoft Flight Simulator is available now for PC and will be coming out for Xbox Series X at some point.

What part of the world are you wanting an update for? Let us know in the comments below.