We’ve Waited 30 Years, We Can Wait a Few More Months

The King’s Bounty series is ancient video game history. The first game came out in 1990 and has inspired many games in the fantasy-strategy genre. In 2008, a series of spin-off titles began to come out, such as King’s Bounty: The Legend, Armored Princess, Warriors of the North, and most recently, Dark Side. The original game never got an official sequel, until now. 1C Entertainment took up the series with The Legend and officially announced King’s Bounty 2 in 2019, hoping for a 2020 release. 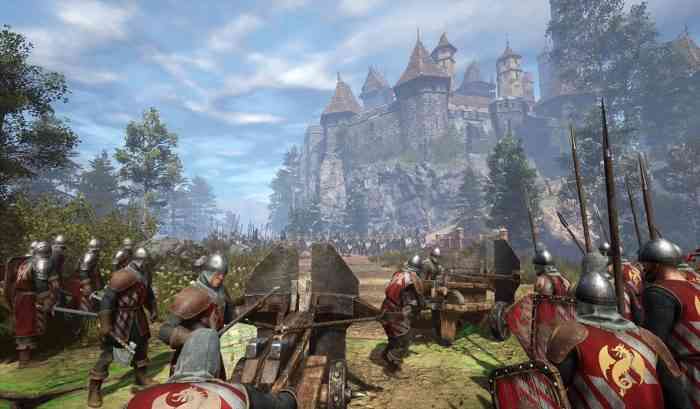 Obviously, 2020 didn’t work out, so they aimed for a March 2021 launch. We are currently a couple of weeks out from March, but 1C Entertainment decided the game needed more time. A new trailer has set the new release date for August 24th. In the grand scheme of things, 5 more months of waiting is a drop in the bucket. King’s Bounty 2 does have a 30 year legacy to uphold after all, so it is best that they take their time. In the meantime, you can check out the trailer below.

The setting of King’s Bounty 2 has the countries in the Nostrian empire divided. With the threat of losing control over the more distant countries, there is also the threat of the Blight. The Blight is a mysterious, supernatural force that consumes entire lands. There is knights vs knights, but King’s Bounty 2 will be pitting your warriors against things more terrifying. King’s Bounty 2 is expected to come out on August 24th for PC, PS4, Xbox One, and Nintendo Switch.

Are you excited for King’s Bounty 2? Let us know in the comments below.

Post Void Will Officially Launch On Consoles In Late September
Next
Check Out These Sweet Pokémon Fishing Lures!
Previous
Fly to the UK This Week in Microsoft Flight Simulator’s New Update