There’s a familiar pattern that emerges whenever a new Ubisoft open world game is released. You start with hype, chase it with some heavy day one patching, add a dash of lukewarm critical reception, and cap it off with millions of copies sold. A song as old as rhyme, right? The most recent Ubisoft earnings call validated this reliable cycle. Assassin’s Creed: Valhalla, the latest batch of open world stew from Ubisoft, sold like hotcakes. In fact, it was the second biggest launch in the history of the series! Unless we’re going by money moved and not units. Then Valhalla was easily number one. 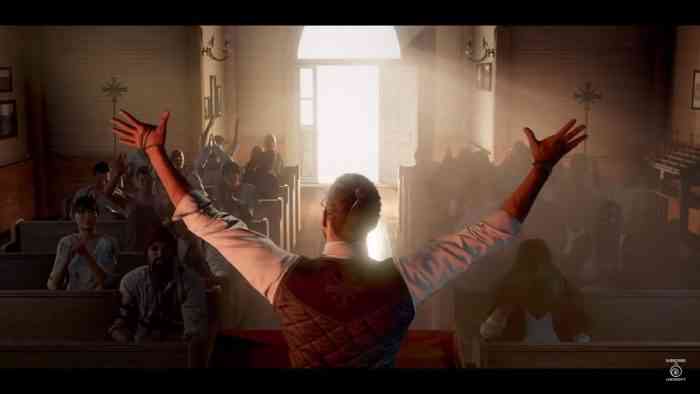 What am I getting at here? There’s a small subset of the gamer populace, mostly composed of amateur and professional critics, with a sliver of hope for Ubisoft. There’s a little glimmer that lights up whenever they announce a new open world title. “Maybe THIS will be the game that changes something,” the voice pleads as it shrivels into a rotten husk. I’m here to crush that hope for good. This was the best quarter Ubisoft has ever had, you see. These Taco Bell style algorithmic brain children make them giant hay bales of money! They’ve got the formula down to a science at this point, and they never have to stop. Not when it keeps them so rich.

I recognize that I’m shouting into the winds on this one, and that’s fine! Most players love these games! The only people with a real grievance towards the Ubisoft open world gumbo are critics, and there aren’t that many of us, relatively speaking. Reviews of these games must start to read like form letters after a while:

The excellent graphics and compelling dialogue in Ubisoft’s ____, while incredible, can’t make up for the bloated UI and half-baked feel of the game’s numerous systems. The stealth mechanics feel stapled to one side, while the ____ System needs some more time in the oven. Thankfully, it’s easy to lose yourself travelling across ____, looking for that last ____ to complete your collection.

At some point the wild ride will end, forcing Ubisoft to either innovate or adapt this magic formula of theirs, but not today! For the moment, the steady open world output is set to continue apace. Until the shift in question occurs, relax! Gamers everywhere can rest assured that they’re never more than a year away from some new variant of the Ubisoft experience hitting store shelves. The next tower-shaped map upgrade is just over the next ridge, forever.