Still, those are just the odds you face when you decide to star in a Dynasty Warriors spin-off, like Samurai Warriors, which pits you against overwhelming opposition. It doesn’t matter that a good samurai could take down an enemy before getting within slashing range or that the average katana is best for one-on-one matches once in a blue moon instead of a constant barrage of swordfights, people paid for carnage, and that’s what you’re gonna give them.

Described as a fresh re-imagining of the franchise with a new storyline and revamped designs. A new storyline needs new heroes and villains, and this time around the franchise is shining the spotlight on Nobunaga Oda and Mitsuhide Akechi – two historical figures who fought together during the Sengoku Period, before Akechi rebelled against Oda, forcing him to commit seppuku. Whether we’ll see this grisly detail in the game remains to be seen.

On a gameplay level you can expect the same things that have become mainstays for the franchise, such as the over the top action and, let’s face it, the sheer badassery of taking on overwhelming odds and coming out the other end all but wearing your enemies. You can also expect new features and characters, like in previous games. After all, Oda and Akechi may be the focal characters, but wars aren’t fought alone, and we have plenty of historical figures from the period to draw from. 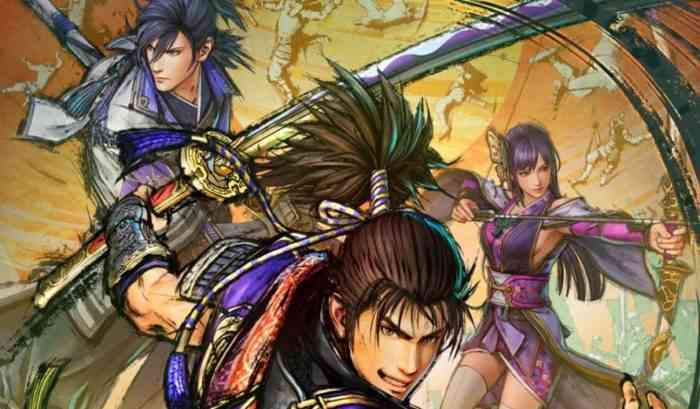 On a visual level the game looks like it could be the best of the series, with a quasi cel-shaded style that falls somewhere between anime and traditional graphics, with the occasional special attack looking like something out of Okami. Will it be as good as it looks? Well, don’t judge a book by its cover, but when a cover’s this pretty it might be worth checking it out when it drops for the PS4, Xbox One, Switch, and PC this summer.


Dynasty Warriors 9 Empires Is Set to Release in February

Four New Characters Storm the Battlefield in This Samurai Warriors 5 Trailer
Next
It’s Official: A Legend of Mana Remaster Coming to the Switch
Previous
Xenoblade 2’s Pyra And Mythra Are Coming to Smash Bros. Ultimate