2019’s RICO was an underappreciated bullet-time roguelike game. You or you and a friend tale on the roles of an anti-gang division of the police and storm the world of organized crime. Two years later, it is getting a sequel. Last week, publisher Numskull released an announcement trailer for RICO London, so I guess players will be shooting on the wrong side of the road. If you didn’t play RICO, there is a sale on Steam right now, so you could pick it up for 50% off, but it will end on February 15th, so enter bullet-time and act fast. 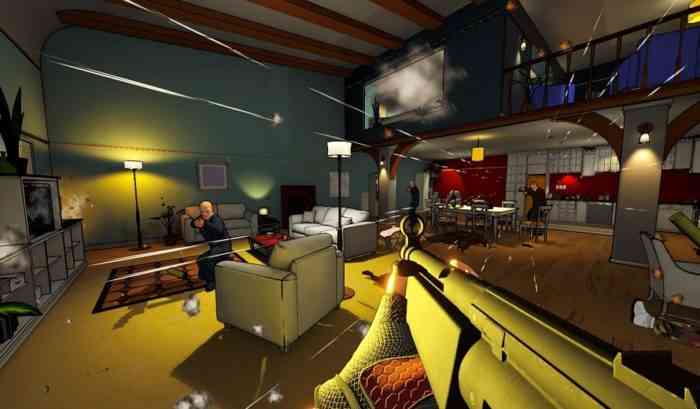 If you played the first game, you know what you will be in for, just more. The trailer breaks down what to expect: load up, breach, clear, get out, repeat. It also heavily features the splitscreen co-op action, so if you have a partner in crimefighting, the two of you may want to check it out and/or the first game. The concept is simple; shoot bad guys because they are bad. The procedurally generated levels always make for interesting and unexpected situations. The cell-shaded art design also gives the game a sharp, yet arcade-y tone.

Are you interesting in another RICO game? Let us know in the comments below.