Oops I said the Quiet Part Out Loud

While we can all agree that Hideo Kojima is hyper-evolved celestial being that we as a species do not deserve, we an also agree that Death Stranding is not really for everybody. If it is the game for you, more power to you. If you are an ultra Death Stranding fan, we have got something that you may want to make room on your desk for. Max Factory and Kojima Productions have worked together to create the best possible action figure of Sam Porter Bridges. Beware: this Death Stranding figma is costly, so think twice before ordering it. 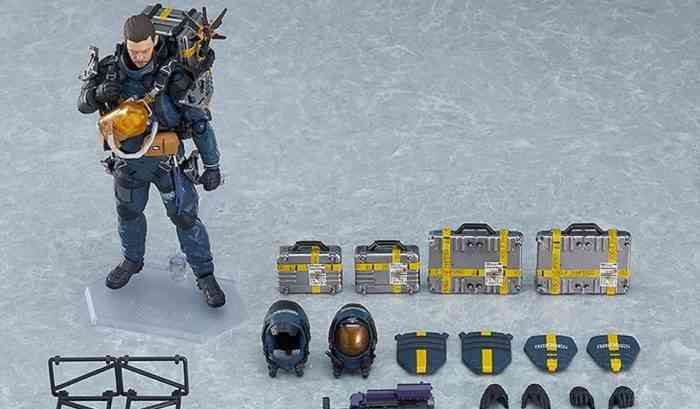 There are actually two figmas; a standard one and a deluxe one. They are essentially the same, but the deluxe version comes with more accessories like crates and stuff, and the whole point of the game is to make Sam carry as much as he can, right? Both figures come with Sam, decked out in his porter gear, an assault rifle, a crate, and several swappable hands for carrying various objects. The deluxe figure comes with more carrying cases, a floating carrier, two attachable hoods (one of which is masked), a bola gun, and a set of shoulder and leg protectors. Both versions come with clear display stands.

The standard version looks good on its own and costs $94.99, while the deluxe costs $121.99, but that one can carry more, so the choice is clear. If you are interested, you can pre-order it now. Pre-orders for either version come with a Death Stranding logo stand in addition to the clear one. Both figures ship within Canada and the United States in November.

Would you like to own one of these Death Stranding figmas? Let us know in the comments below.

Days Gone Is Making Its Way to PC, Along With Other PlayStation Exclusives
Next
VZR Model One Headset Is Changing The Sound Game This Year
Previous
Playing With Power: The Nintendo Story Doc Premiers in the Spring