I’ve loved horror since I was a kid and seriously, scientists are just as likely to mess everything up as they are to save the day. If they do save the day, there’s a good chance that scientists were responsible for the whole mess in the first place. In horror games science has caused zombie outbreaks, numerous apocalypses, and even seen people dragged into the psyches of madmen.

One person who hasn’t learned this lesson is Dave Kellerman, protagonist of the newly announced PC exclusive Dark Moonlight, who decides the best way to get rid of his severe phobias isn’t through therapy, but with an experimental medical procedure which predictable goes wrong, bringing his phobias to life and trapping him in a world where all his nightmares are real. To escape he’ll need to face – and overcome his fears.

And what fears they are! Not content with regular phobias like spiders, clowns, or alien abduction, (Anyone else? No?) Dave will face demons, creatures which seem to collect the skulls of their enemies. and seemingly scrab-like creatures.

There’s little in the way of gameplay in the trailer but we do see Dave exploring the environments, and some of the creatures he’ll face on his journey. It looks like Dave’s fears may extend to locations, with what appear to be a subway station, a spaceship, and a town just some of the locations he’ll explore. 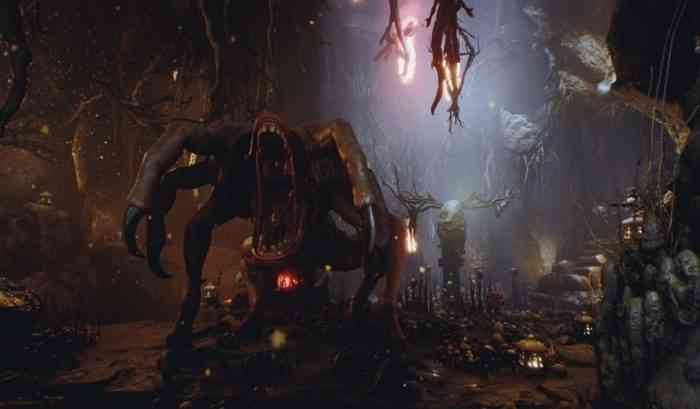 As for visuals, the game looks stunning, and anyone with a PC powerful enough to play the game at its full potential are in for a treat, while those of us who prefer consoles can only hope that the game decides to bring a new nightmare our way.

Tormented Souls Unleashes a Chilling New Cinematic Trailer
Next
The Last of Us: Part II – Is Abby Really THAT Bad?
Previous
Final Fantasy XVI Has a Story Focused Mode – And One That Ramps Up the Action