Type-Moon’s Tsukihime is Finally Getting That Remake

Time to Hang Up All Those Old Memes, We Guess

We all know the Fate franchise thanks to a series of unexpectedly fantastic anime, some less fantastic Fate/Grand Order tie-ins, and, of course, the many, many games bearing the Fate title, but how many of you recall Type-Moon’s very first venture into the world of gaming? We do, and since the Tsukihime remake finally has a release date, it’s time for a trip down memory lane. Tsukihime, literally translated as ‘Moon Princess’, was an urban fantasy/horror/romance visual novel focusing on a series of vampire-like murders taking place in the quiet town of Misaki. The anemic and frail protagonist Shiki Tohno isn’t particularly interested in solving the mystery. He just wants to live quietly without inconveniencing those around him. Unfortunately, Shiki is in possession of the Mystic Eyes of Death Perception, a strange ability that is slowly killing him but grants him the power to destroy anything he can touch–and when the murders start getting a little too close to home, it isn’t long before he finds himself with blood on his hands.

The original Tsukihime is, to put it bluntly, raw. It’s an intense story of family, betrayal, and the drama inherent in falling in love with a monster, however beautiful she might be. It’s the primary jumping-off point for the Fate franchise, despite sharing relatively few characters and featuring zero Servants. The result is a much smaller-scale story that manages to hit far closer to home. The remake, which was originally announced over a decade ago, is long overdue. 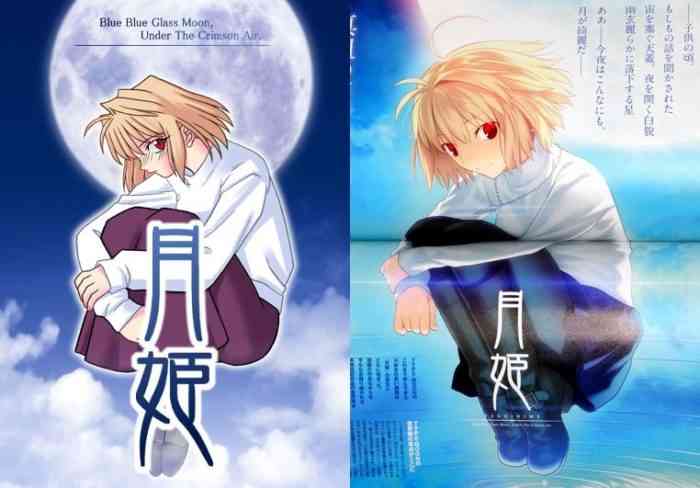 Will the Tsukihime remake capture everything that was great about the original? Probably not, let’s be honest here. Half of the appeal of the original game was how rough around the edges it was–art, backgrounds, music, and writing all came together in a perfect storm that celebrated the beauty of simple human connection and the triumph of living happily when the world is stacked you. (It was also an H-game, but that was never the point, and we doubt the remake will have an 18+ rating.) Personally, we’ll settle for a fun return to Misaki Town and a reminder that Kinoko Nasu once worked on things other than Fate. Can the remake remind the world that Tsukihime existed and told a good story? Yes. Whether or not this remake is a brilliant game that makes Tsukihime as big as Fate (very unlikely), it does serve as a reminder that Tsukihime is not yet forgotten. For an indie game released back in 2000, that in itself means a lot.

Tsukihime -A piece of blue glass moon- will be released for PS4 and Switch in Summer 2021.

Ready to hang up the old ‘there is no Tsukihime remake’ memes? Let us know down in the comments, or hit us up on Twitter or Facebook.