Fate/Extella: The Umbral Star Review – Great Game If the Characters Would Shut up for a Minute

Hack n’ Slash titles are known for two things; their over the top, fast paced combat, and the fact that the story is often lost in favor of more hacking and slashing. Hack n’ Slash is all about fast pace and overwhelming odds, which doesn’t leave much room for a plot beyond “that is the bad guy, go stop him.” Fate/Extella: The Umbral Star, however, is so packed full of incredibly complicated story that it nearly shoots itself in the foot trying to find a balance between its story and high octane action.

Set in the visual-novel world of Fate/Extra – originally created by TYPE-MOON – Fate/Extella: The Umbral Star has the gameplay to be an immediate draw for fans of the Warriors series. In fact, when I first started playing the game I wondered if Koei Tecmo and Omega Force had a hand in it. Where the game started to lose me was its plot. I paid close attention to everything the characters had to say. It was also a nice change of pace to have such a fast paced hack-and-slash title contain a deep and rich story. That being said, if you are not already familiar with the Fate/ series, this is going to take quite a bit of adjusting, so bear with me.

“It’s so packed full of incredibly complicated story that it nearly shoots itself in the foot trying to find a balance between its story and high octane action.”

Players take control of the Master, a hero who awakens with little memory after his journey to the Moon Cell. Nero, his AI companion (AI’s are designated as Servants) and the Master’s love interest help him slowly regain his memories of their recent victory in the Holy Grail War. The war takes place every 50 years between seven chosen wizards – those who can control servants – with the winner gaining control over the Holy Grail, a giant alien computer in the moon that can grant a wish. While the player is the Master, Nero herself is the King, with everyone else being her subjects. The Caster Tamamo no Mae appears, however, claiming her own rights to the kingdom and presents a copy of the protagonist at her side, stating that half of the kingdom is now hers and she will claim the rest. 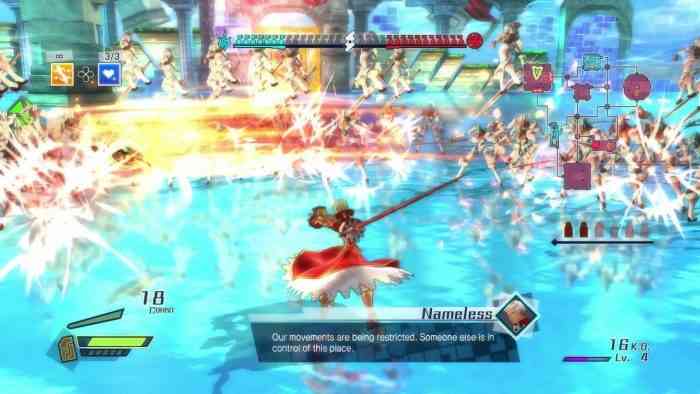 Still with me? The plot gets fairly complicated, but if you pace yourself and pay attention it can mostly make sense. It’s definitely a game geared towards its fan base, but that shouldn’t discourage you. The cut scenes between battles can be taxing, to say the least; expositional conversations can drag on for twenty minutes before you get the option to jump into the next battle and the dialogue can be cringe-worthy. The relationship between the Master and Nero hits all of the anime-style notes you would expect, an important fact to keep in mind if you are expecting a more western experience.

Where this game excels is when it (finally) lets you jump into the action. Everything you would expect from the Warriors series is here: players attack with a combo of jumping, light, and heavy attacks, a special attack that can be charged to take on waves of enemies, as well as a devastating attack complete with its own short cut-scene. the Master doesn’t actually do any of the combat, it’s the Servant’s who will be doing the fighting. In Story mode, Nero will be the main combatant as a Saber class with a sword and shield. Depending on the gear equipped to the Master, he can provide support and even give the option to switch between other unlocked Servants on the fly.

Since the ability to switch Servants is not standard but attached to certain gear, each unlocked Servant instead has their own side missions accessible from the main screen to get to know their back story and focus on their play styles. Servants have a variety of classes including Saber, Lancer, Assassin, Archer, Rider, Berserker, Ruler, and Caster. These characters can also be used in Free Battle mode, throwing you into combat missions in which you can select from your own unlocked rogues gallery for your main boss. It’s a nice way to level up the characters and experiment with what classes are best suited against each other. 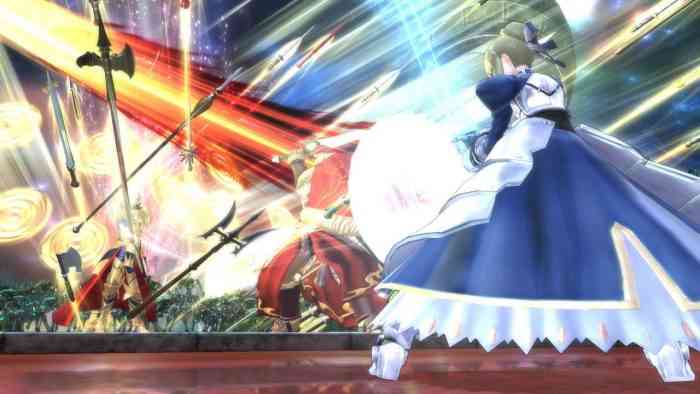 Story Mode focuses heavily on building the romantic bond between the Master and Nero with your conversation choices, but it is also where you can disassemble loot and craft new gear for the Master, giving him more support options for the Servants. Servants can be upgraded with a variety of discovered buffs and power-up abilities put into slots unlocked as the character levels up. It’s a nice addition but it doesn’t feel like a significant change in the early going of the game.

While Fate/Extella: The Umbral Star is a solid experience during combat, the overly complex plot is paired with some juvenile and cringe-worthy dialogue that mars the experience. The game has a good variety of characters, excellent combat, and an easy to use crafting system, however, it is terribly bogged down by far reaching expositional conversations that can run well beyond 15-minute intervals. Granted it did start from a visual novel series, but if the game wants to maintain that identity it either needs to shorten these segments or slow down its gameplay pace and understand what it really is. 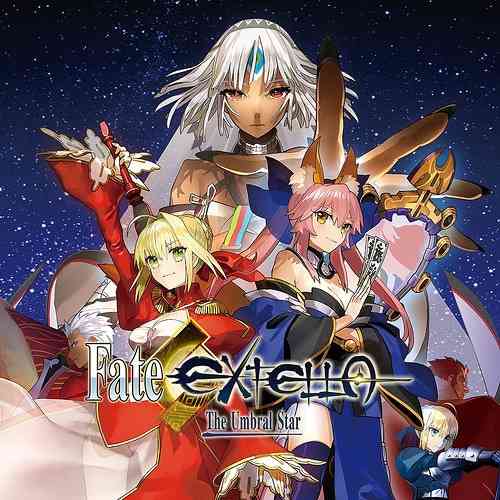 Roller Champions Will Officially Release On Multiple Platforms In Late May
Next Batman: The Enemy Within Episode 1 Review – Riddle Me This
Previous Smashbox Arena Review – Futuristic Dodgeball in a Messy Package