Hitman 3 is just a couple of weeks away and IO Interactive is getting us plenty of reason to get excited for it. For fans of virtual reality, Hitman 3 along with every location from the previous two titles in the new World of Assassination trilogy, Hitman, and Hitman 2, will all be playable in VR at launch. The special virtual reality mode will launch as a PlayStation VR exclusive, so PC players will unfortunately have to sit this one out, at least for now. There is no confirmation yet of future VR support for PC, but with so many headsets available to PC users such as Oculus and Steam VR, it isn’t entirely out of the question. 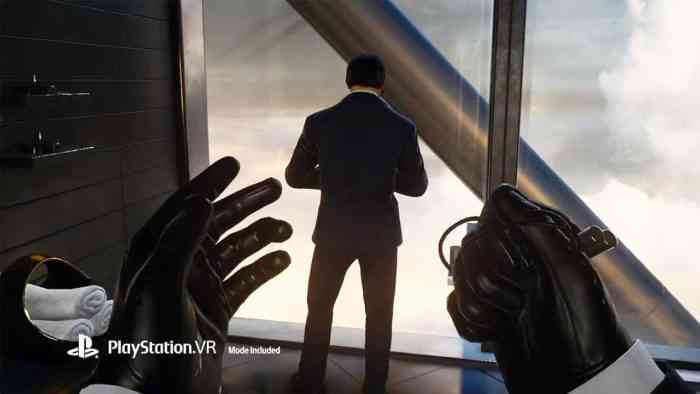 In order to access the locations from Hitman and Hitman 2, you will need to own the games as well as Hitman 3, as Hitman 3 will offer an option to import the past titles’ environments.

The trailer shows off a variety of gameplay scenarios from some sillier moments picking on security guards, to some serious assassinations. It also discusses the improved immersion of the game, and the option to play the entire World of Assassination trilogy in VR.

The game will be playable with PSVR on both the PlayStation 4, and PlayStation 5 versions of the game. While the game is indeed coming out via a Cloud-based version for Nintendo Switch, there will unfortunately not be Nintendo LABO VR support. The game will also be playable on Xbox One, Xbox Series X/S, and PC. There will also be a definitive edition of the game available for purchase on most platforms.

For all the latest info on Hitman 3, keep an eye on COGconnected as the game is rapidly approaching.


Return To The Woods With Moss: Book II

So, Is VR Doomed, Or What?
Next
Outriders Delayed for More Polish, But Free Demo Is Coming
Previous
Neverwinter Goes Feywild in Sharandar