Moving Out Is Only Half the Job

Not every game to come out in 2020 had the hype of Final Fantasy VII Remake or Cyberpunk 2077. One of the smaller games to release last year was Moving Out. If it went under your radar, it is a cooperative multiplayer game where you and your friends work together to move furniture and boxes from a home into a moving truck or loading zone. It’s a cute game, but it appears only half the job was finished. Anyone who has ever moved knows that moving into your new place will always follow moving out. 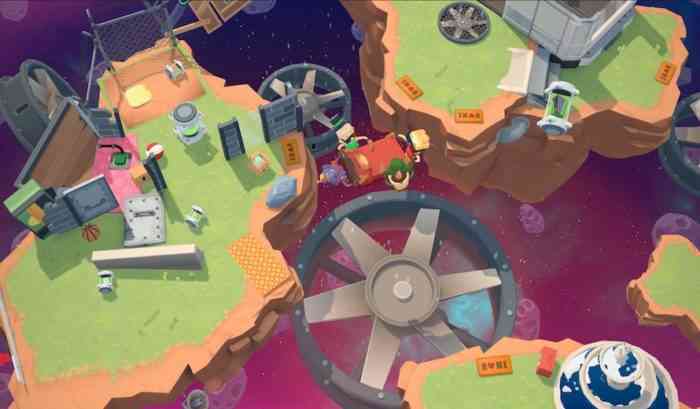 Publisher Team17 has announced that the Moving In update will be coming out soon. Today, they released a short trailer for what players can expect gameplay-wise. It’s pretty self-explanatory; Moving In will generally be the regular gameplay, but in reverse. The base gameplay had a house of furniture for players to transport. It looks like Moving In will have players taking furniture out of their truck and to specific areas of a new location. There will also be new dance moves for players, because what kind of modern game doesn’t include dances and emotes?

If you played Moving Out before, you can expect these new levels to also contain similar obstacles and tricks to completing your objectives as quickly as possible. So far, no official release date for the Moving In update has been announced, but it is “coming soon”. Moving Out is available now for PC, Xbox One, PS4, and Nintendo Switch.

Have you played Moving Out? Let us know in the comments below.


Hot Wheels Unleashed Trailer Is How I Remember Playing