Harvest Moon: One World Will Also Release on Xbox One

Everyone’s Getting a Piece

In March, both the Story of Seasons and Harvest Moon series will be releasing new games. Now for the obligatory “bountiful harvest” joke for farming sims. For those of you who will be getting one, but not sure which, they are both coming out for the Switch, but Harvest Moon: One World has more supporting platforms. In fact, it was recently announced that it would be coming to Xbox One in addition to PS4 and Nintendo Switch. Sounds like Pioneers of Olive Town is one Story of Seasons that only Switch owners will hear. Damn, I should write for TV. 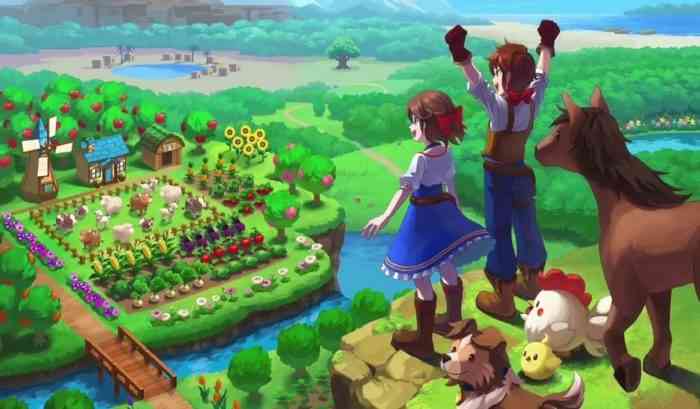 On New Year’s Day, Harvest Moon developer Natsume posted a New Year’s blog for their fans. Their remarks reflected on their trials and triumphs of the past year and expectations for the coming year. At this point, we knew that Harvest Moon: One World would be coming to PS4 and Nintendo Switch, but this was also an opportunity to announce that Xbox One would be joining them as supporting platforms. In related news, we are now taking bets on which of the two farming sims will outsell the other.

For PlayStation and Xbox owners, this is good news, that you will get a brand new farming sim this spring, but your choices are limited. Nintendo Switch owners get their pick of the two, or both if they want. You can check out gameplay from both upcoming games and make your choice. Harvest Moon: One World will be coming out on March 5th for PS4 and Nintendo Switch, as well as Xbox One with a release date yet to be announced.

Will you be getting One World or Pioneers of Olive Town? Let us know in the comments below.

Story Of Seasons: Pioneers Of Olive Town Is Coming To Steam