Gengar Sleeping Companion May Be the Weirdest Pokemon Merch Ever

Let Gengar Eat You in Your Sleep

Licensed plushies of video game characters are nothing new–just look at Warm Plushie Kirby and the upcoming Persona 5 Mochibi plushies. What sets Gengar sleeping companion apart? Simple: most plushies do not have ‘will literally devour your head’ as their main gimmick. But maybe we’re getting ahead of ourselves. Gengar is a ghost Pokemon from Gen 1, known for its enormous Cheshire Cat grin and even more enormous tongue. Apparently, enough people want to wrap themselves up in Gengar’s tongue or put their head in its mouth that they made a plushie specifically for that purpose. There’s a market for everything, we guess. 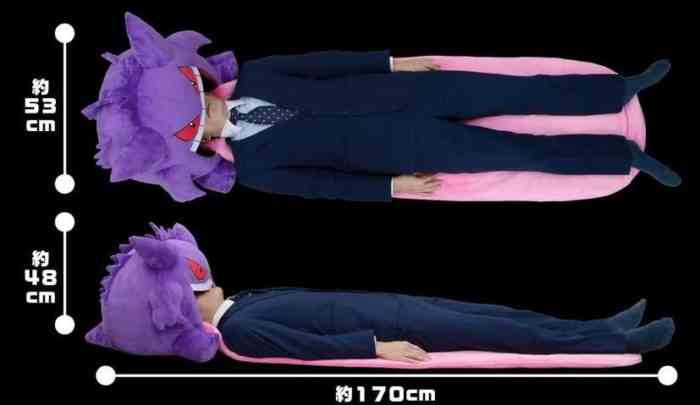 This Gengar plush comes with an integrated 1.7-meter tongue bed stored in the mouth compartment. You can wrap yourself up in it, use it as a pillow, use it as a sleeping pad, or anything that comes to mind. And, once the mouth is empty, you can shove your head in there to get the most of that ‘being devoured by an adorable sleep paralysis demon’ feeling. The Premium Bandai site recommends using it to catch some Zs at work. Personally, we have trouble imagining anyone sleeping with their head in Gengar’s mouth, but then, we remember that episode of the anime where Gengar, Haunter, and Ghastly teamed up to yank Ash’s soul of his body. Yeah, it turned out well for everyone. That doesn’t make us any less traumatized.

If you love Pokemon (and Gengar) enough to spring for this plush, you’re out of luck: Gengar sleep companion went up for pre-order at 25,950 Japanese yen (about $250/£184). It has already sold out. If we’re all lucky (or unlucky), maybe they’ll restock for Pokemon‘s 25th anniversary. Because nothing says anniversary milestone like shoving your head in Gengar’s mouth! 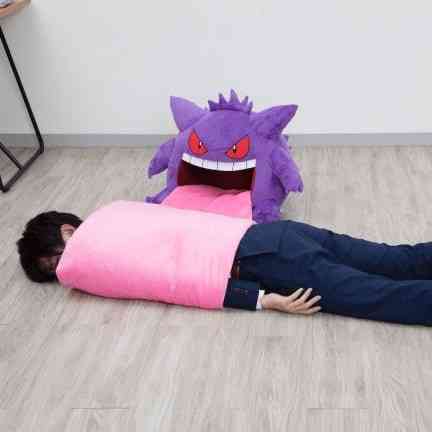 Would you risk taking a nap with Gengar? Let us know down in the comments, or hit us up on Twitter or Facebook.