What’s not to love about Kirby? He’s one of Nintendo’s most popular mascots, star of a number of very fun games (and at least one anime), and he’s way harder to beat in Smash Bros than you’d expect. Also, he’s cute, he’s fluffy, and he makes you want to hug him. The fact that he’s also a pint-sized eldritch abomination that powers up by devouring his foes hardly even seems to register, which is totally fair. We’d jump at the chance to cuddle Kirby, too. And guess what? Now we can, and so can you! To everyone who’s ever dreamed of hugging their very own Kirby, Nintendo has heard your pleas and rewarded you with the あったかぬいぐるみ カービィ, or Warm Plushie Kirby!

This little cutie just entered the pre-order phase on Premium Bandai. You can preorder one for 5480 Yen (that’s around $52 USD) and have a soft, fluffy companion for this winter. But fluff isn’t all this Kirby contributes–he’s also, you guessed it, toasty warm. How does that work? It’s simple. The Kirby plushie has a USB cable, and if you plug the cable in, the plush will start warming up after about 30 seconds.

This is a great way to warm your hands or lap at work or at home, though admittedly those are probably the same thing for you right now. Either way, it’s a fantastic way to stay warm for those of you who don’t have a cat battling for control of your lap at all times. Also, it’s just adorable. We know, we’re repeating ourselves, but some things bear repeating. 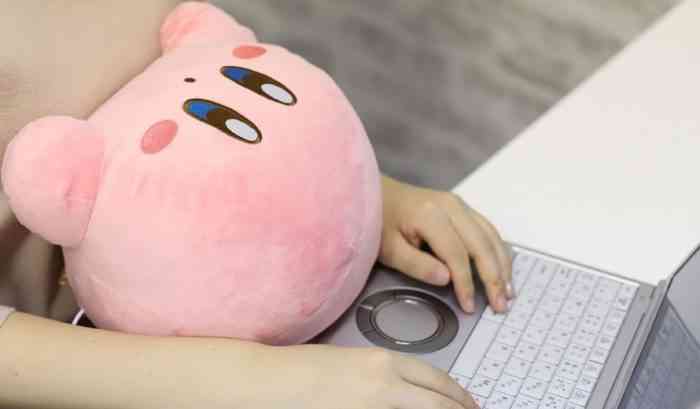 Warm Plushie Kirby is expected to be released sometime in January 2021.

Would you risk snuggling Kirby? Let us know down in the comments, or hit us up on Twitter or Facebook.