A Real American Hero Will Soon Join the Brawl

If you grew up in the ’90s or during that brief but glorious period in the 2000s when the show was a meme, you’re probably familiar with GI Joe, or at least the opening song. Which, for the record, is a real earworm. The cartoon focused on a group of very American military figures with ridiculously cool codenames fighting the evil, snake-themed terrorist group Cobra. Sounds like exactly the kind of brightly-colored, stupidly awesome franchise that would flourish in the world of Fortnite. Lucky for us, this tweet from the Fortnite crew seems to be implying that GI Joe will be crossing over with the massively popular multiplayer game. The official GI Joe twitter replied with a string of highly meaningful smileys: a little explosion, a snake, and the legendary eyes emoji. What could this possibly mean? We have to know, because knowing is half the battle. (GI Joeeeee!)

Ahem. Anyways, the teaser makes it pretty clear that the first skin we’ll be seeing will be Snake Eyes, whom Dualshockers calls the ‘iconic ninja from GI Joe, with clues mentioning a “ninja master” and a reference to the series’ classic line “knowing is half the battle.” Alongside Snake Eyes, it’s also likely that we can expect to see skins inspired by other characters from the franchise for players to purchase and use in-game.’

Sounds awesome. Fortnite has previously brought in Sarah Conner and the Terminator T-800, the Predator, and even Gangnam Style, so the zany cast of GI Joe should fit right in. We can’t wait to see everyone in action. Fingers crossed that they include the song, too. 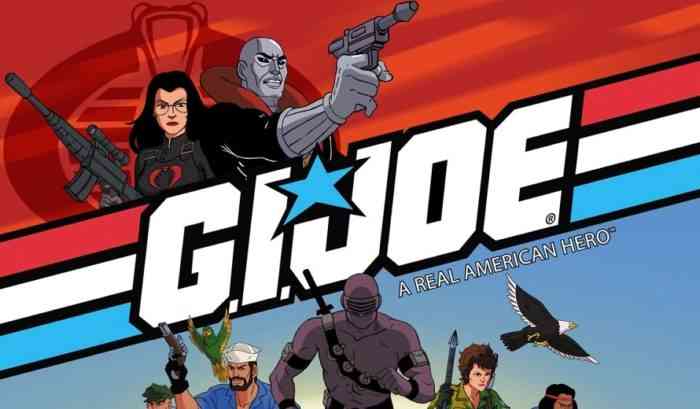 Splitgate Is Getting Its Forge-Style Editor Before Halo Infinite
Next
Hane Ame Cosplay: Absolutely Stunning Cosplay From One of Our Favorites
Previous
Story of Seasons: Pioneers of Olive Town to Get a Paid Expansion Pass