Definitely Not a Battle Royale

The Borderlands 3 Arms Race mode has been out for a couple of months now and fans have had the requisite time to try it out, burn out on it, and move on. Even a big Borderlands 3 fan like your ol’ pal Zane has put it behind him. If you like it though, more power to you. There was a time when Gearbox was holding in-game events left and right for Borderlands 3, but that hasn’t been the case in the last couple of months. For the next few weeks though, there will be a few back-to-back-to-back events in Arms Race. 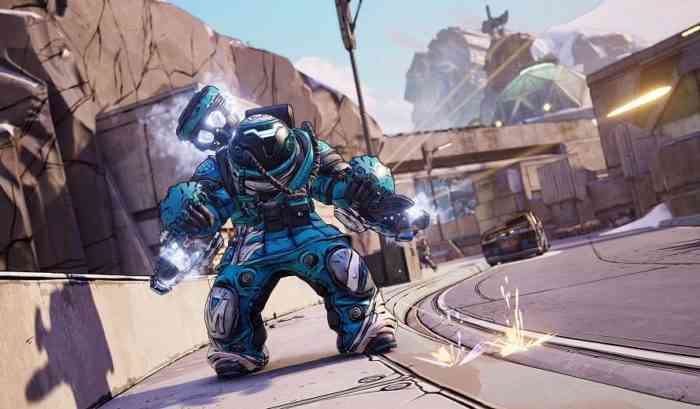 Arms Race is not the hit that Borderlands fans needed. It doesn’t have the tension a battle royale like Fortnite or PUBG offers and it doesn’t have the variety and replayability that other multiplayer shooters have either. There is one map, only a few different areas to drop in on, and one single zone that the Murdercane shrinks on to. More updates and improvements could certainly remedy this, but for now there are a few mini-events. The first one, which is active right now, is called Clear Skies. This boosts the drop rate of gear from enemies and slows the shrink of the Murdercane. There is an achievement/trophy for exploring the whole map, so hunters can take advantage of this event to complete the challenge. Clear Skies runs until January 28th.

On January 29th, Extra Extra Extraction will begin. In Arms Race, the whole point is that you start with no gear and make do with what you find. You can use various stations around the map and at the end of the game to pick your favorite gear for use outside this mode. Extra Extra Extraction increases the amount of gear that these stations can send to your personal gear bank. Another achievement/trophy is for extracting 100 pieces of loot, so if you do not have this done, it will certainly be useful. On February 4th, Gear Rush will be active. Gear Rush will boost the spawn rate of gear chests around the map. It will also increase the speed of the Murdercane though. You have an increased chance to get gear exclusive to Arms Race, but you better be fast about it. Each event will be active for one week and it will all end on February 11th. Borderlands 3 is available on PC, Stadia, Xbox One, Xbox Series X, PS4, and PS5.

Have you tried Arms Race? Let us know in the comments below.