Godzilla vs Kong: The Meaning of Monsters

Today on COG Considers, let’s talk about why we remember monsters. Huge teeth, fire breath, and claws that kill may scare us, but they don’t often linger. A monster movie that relies purely on the horror of a monster’s existence is unlikely to last in the public consciousness, unless—as with Lovecraft’s work—the horror lies in the implications of that impossible existence. You probably know this already: zombies represent mindless consumerism, vampires are the blood-sucking elite, werewolves are a reminder that we aren’t as distanced from our inner beast as we like to think, the mummy is a representation of colonized countries lashing out against those who would steal and rewrite their history, etc. If a monster lasts long enough, it tends to stop being just a monster.

So what do the really big monsters, the kaiju, mean?

At this point, I think we all know about King Kong’s origin story: a giant ape who grew up on the isolated Skull Island, far from the environmental damage caused by European colonization. In the original story, Kong was big, but not invincible–on his home, he was unrivaled, but once he arrived in New York a couple of biplanes with guns could take him down. He was a creature of untamed nature that died on contact with the avaricious western civilization, which immediately kidnapped him and sought to make money off him. His death was tragic but inevitable. Legendary’s version of Kong is of course much bigger and can take a lot more damage, but the striking image of a giant ape in chains was shown off prominently in the teaser. It hits hard because Kong, more than any other kaiju, represents humanity. His motives are our motives. His pain is our pain. Even his facial expressions are incredibly human-like.

Godzilla is the exact opposite of Kong. If Kong has historically died upon contact with modern civilization, then Godzilla has historically destroyed that civilization on contact. He is a wrathful nature god, burning with nuclear fire, the gnarled pattern of his scales explicitly inspired by the keloid scars of Hiroshima survivors. Kong’s death may be tragic, but Godzilla is a tragedy–both a victim of mankind’s nuclear folly and a terrifying reminder that there are things out there simply too big for us to control. If King Kong is a symbol of the natural world being destroyed by humans, then Godzilla is a symbol of nature fighting back. Nowhere is this better summed up than in the most iconic images of both monsters: Kong, atop the Empire State Building, in the moments before he falls; Godzilla, storming through Tokyo, leaving only rubble in his wake. 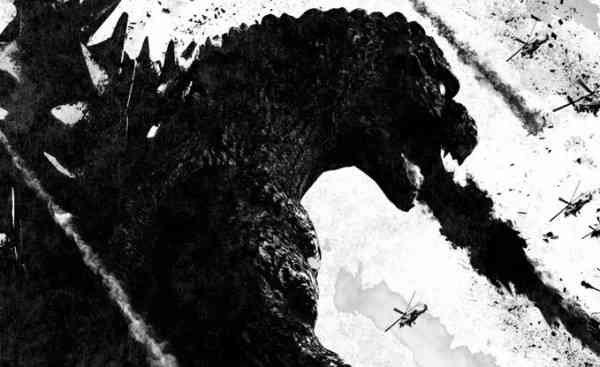 Of course, the Legendary interpretations of these monsters are somewhat different. Legendary Godzilla is less the agonized, burning specter of our sins and more the grumpy reptilian grandpa who tries not to cause too much damage while tossing young punks out of our cities. Legendary Kong is far less breakable–and less inclined to fall in love with white women–than any of his predecessors. Even so, these beloved monsters have lasted because they mean something to us. Something more than primal fear.

The tragedy of King Kong is that he dies because of us. The horror of Godzilla is that he’s a monster because of what we did to him. This is why Godzilla can never stay down for long.

Which is to say, Go Go Godzilla!

“Kaiju Commander” is Exactly As Awesome As You Think

Achievements and Trophies: What Is the Point?
Next
Borderlands 3 Mini-Events Marathon Launch for Arms Race
Previous
Motorsport Games Bringing a New NASCAR Game to Nintendo Switch