Wonder Boy, or Monster World, has earned a small but respectable spot in the retro hall of fame. Fans are more than delighted to revisit this franchise whenever it re-appears. This summer, Monster World IV is being revived as Wonder Boy: Asha in Monster World. Now with jazzed up graphics and more modern sensibilities! 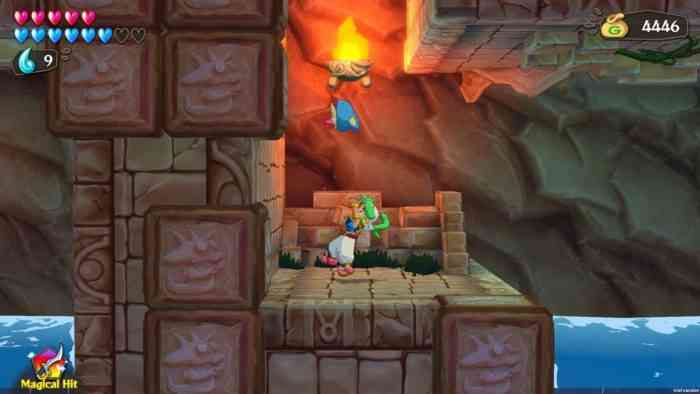 You play as Asha, who teams up with her adorable companion Pepelogoo to save the day. While the new graphics are 3D, the action is still confined to a 2D play space. The story has been beefed up with cut scenes and actual voice acting, so you’ll get more into the narrative engine beneath the platforming and puzzle solving. While I can’t speak to the original, the remake looks utterly charming so far.

Key members of Westone Bit are returning for the remake, including creator Ryuichi Nishizawa and creative manager Takanori Kurihara. Asha in Monster World is dropping in Japan this April, with the North American release coming a short while later in Q2. If you splurge on the physical release, it also comes with the original version of the game! You can check out the trailer below. Wonder Boy: Asha in Monster World is coming later this year to Switch, PC, and the PS4.