Werewolf: The Apocalypse – Heart of the Forest Coming to Switch

There’s been a big trend in video games based on tabletop RPG’s lately, with Cyberpunk 2077 dropping earlier this month and Vampires: The Masquerade – Bloodlines 2 getting dropped sometime next year, as well as getting another game in Vampire: The Masquerade – Swansong, a smaller experience set in Boston instead of Seattle. Werewolf” The Apocalypse – Earthblood is another upcoming game, this time with a focus on our favorite lycanthropic creature, and like Vampire: The Masquerade, Werewolf: The Apocalypse isn’t putting all its eggs in one basket.

Werewolf: The Apocalypse – Heart of the Forest is a smaller game. Rather than a full cross-console release, the visual novel/RPG was initially exclusive to computers, and takes hints from more traditional, text-based games as you explore the world and discover the story.

The game puts you in the shoes of Maia, a young American woman of Polish descent who travels to her ancestral homeland after suffering strange nightmares about a forest, wolves, and blood. Teaming up with some new friends, she sets out to explore the forests and discover the truth of her visions.

The game has drawn positive reviews on Steam, despite its relatively simple gameplay. It’s worth noting that the game shares a universe – the World of Darkness – with Vampire: The Masquerade, which is by far the more popular and well-known of the two. Players looking forward to Bloodlines 2 may already be familiar with the series from its prequel, whereas this is the first foray of Werewolf: The Apocalypse into gaming – and marks a simple and effective way of spreading the word. The game itself is relatively short, but since it’s so choice based that means that there are multiple ways to play through the story. 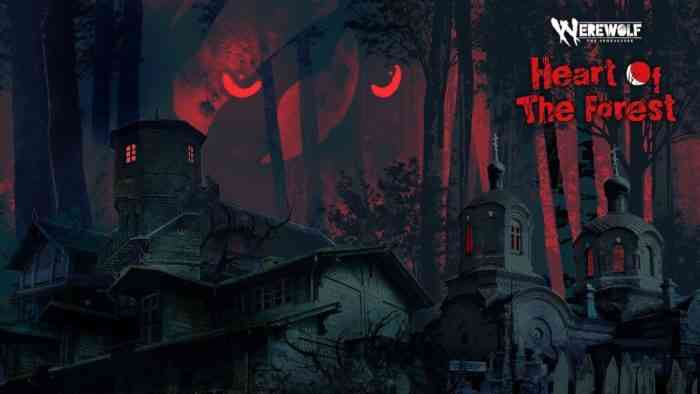 Does Werewolf: The Apocalypse – Heart of the Forest have you howling for more? Let us know in the comments, on Twitter, or on Facebook.