Say Hello to Some Old Enemies

Doctor Who is one part of the holy sci-fi trilogy, but it’s inarguably been around the longest, closing in on its unprecedented 60th anniversary. The series follows The Doctor, an alien who travels through space and time in the TARDIS – a sentient spaceship that takes the form of a police box – with whatever friends they’ve made along the way, but you don’t do so much travelling without making some new enemies,  and with fifteen “main” incarnations – even if the current Doctor is technically the thirteenth – they’ve built up quite a rogues gallery.

Revolution of the Daleks – the upcoming New Years special – picks up where series 12’s game-changing finale, The Timeless Children, left off (As River Song would say, spoilers).

The Doctor is imprisoned by the Judoon – an intergalactic police force – for abandoning the mysterious division in a past she doesn’t remember. Back on Earth, meanwhile, her friends Ryan, Graham, and Yasmin team up with her old companion, the immortal Jack Harkness, to fight off an invasion by one of the doctor’s oldest and most persistent foes, the Daleks. 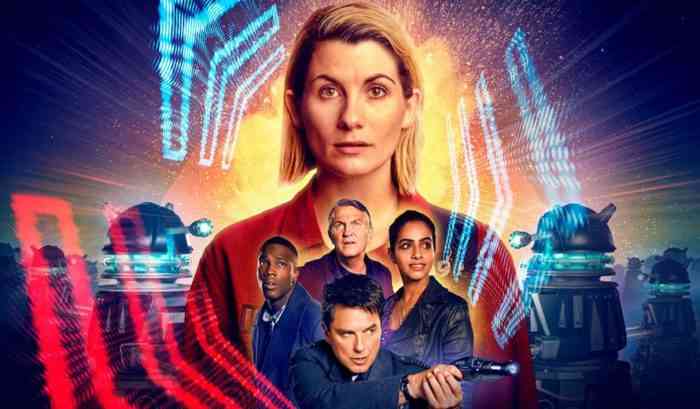 Given the massive cliffhanger series twelve ended on, many fans are anticipating its resolution – in spite of Chris Chibnall’s controversial decisions and divisive run so far as showrunner. Part of the issue has been the overstuffed Team Tardis – with shorter series’ and three companions, plus a new Doctor, it’s sadly resulted in the characters, particularly Yasmin, feeling less fleshed out than any companion before them. Revolution of the Daleks will see Ryan and Graham leaving the Tardis – although presumably, future encounters with the Doctor aren’t out of the question, barring death – which leaves Yasmin as the sole returning companion for series thirteen, which should give her some much-needed depth. It’s not out of the question that we could see another companion join the fold, and with Jack returning for the second time this series, it’s possible we could see him returning to the Tardis for another stint.

Two New Doctor Who Games are On the Way