Doctor Who is Coming to EVE Online

CCP Games has partnered with BBC Studios to bring the popular action-adventure series Doctor Who to its game. EVE Online, the free-to-play spaceship MMO, will let players and fans of the series team up and fight off the Daleks starting next week. 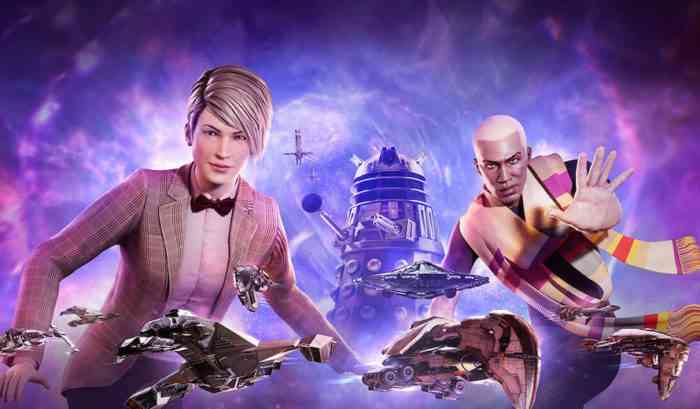 EVE Online first launched in 2003 and has undergone many alterations and updates over its time. It is well-known for its complexity, allowing players to choose their own path among the stars from countless options. The game has become a very extensive MMORPG interlaced with sci-fi storytelling.

It is only natural then that this massive sci-fi experience joins forces with one of the most acclaimed sci-fi franchises of all time. Check out what the collaboration will look like in the reveal trailer below.

So what’s in store for EVE Online players? The Doctor Who event will introduce a new section of space where players will search for artifacts from the series’ Great Time War. These artifacts will provide players with clues to track down the Daleks. This all leads to a massive interstellar battle with unique rewards for survivors.

In addition, EVE Online will feature a login campaign with skill points and Doctor Who-themed items available to all players.

The two sci-fi universes will collide on January 13 and be available through February 1. Make sure you log on in time to collect your rewards and save the universe from the Daleks!