Let’s Hope We Get Some New Revelations Soon

It’s no secret that Capcom was the victim of a massive cyberattack lately, with information on many of the company’s upcoming games. One of the most tantalizing entries was Resident Evil: Outrage, an upcoming game in the franchise. Speculation has been running wild, with everything from a new sub-series and a reboot of Resident Evil: Outbreak – the series’ first attempt at online multiplayer – on the table.

Now, according to Dusk Golem – a leaker with a track record for accuracy – we know the truth: Outrage is the third ga,e in the Resident Evil: Revelations subseries “for all intents and purposes.”

Resident Evil Revelations was first released for the 3DS in 2012 and was hailed as a return to form after the divisive Resident Evil 5, eschewing wide-open areas and more action-focused gameplay in favor of more claustrophobic environments and restrained action. The series has also consistently given focus to less frequently seen STARS (not sorry) such as Jill – who hadn’t been the star of a game for over a decade at the time of her game – Claire – who suffered an even longer wait – and Barry – who’d never been the hero of a mainline entry – all taking the hero role over the course of the franchise. 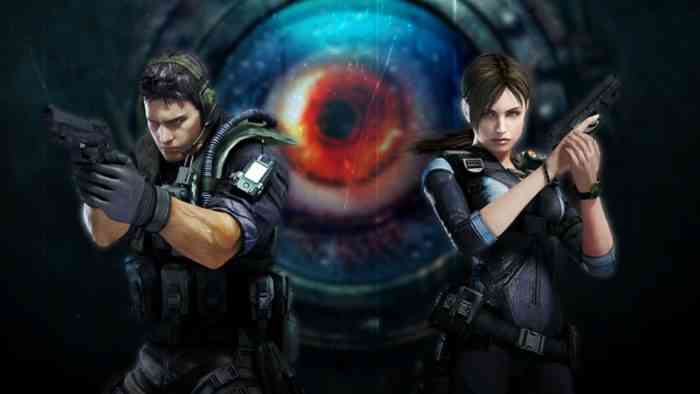 According to the leaks, Outrage will follow in that tradition, giving Rebecca Chambers the starring role – her first since Resident Evil 0 all the way back in 2002. Dusk Golem also claims that she was originally intended to play a part in the upcoming Resident Evil: Village, but those plans were put on hold.

Dusk Golem also alleges that the game will be Switch focused, but not a Switch exclusive – like previous games in the franchise, it will be available on multiple platforms.

Play as Alcina Dimitrescu in Resident Evil 3 With This Mod
Next
Here’s What’s Coming to Final Fantasy XIV in Patch 5.45
Previous
The Last of Us: Part II Wins Big at the Golden Joysticks