This statue is so expensive, I feel like I’ve been charged just for looking at it, but it looks pretty damn good. Hibana is the Japanese Attack Operator from the Operation Red Crow expansion for Rainbow Six Siege. She normally wears tactical gear with a hood and a rappel harness, but this particular Hibana statue puts here in her Onkochisin Elite skin, which puts her in more traditional Japanese robes with a Japanese sand garden base. It is also pretty damn big, but a statue of that size also comes with a high price. 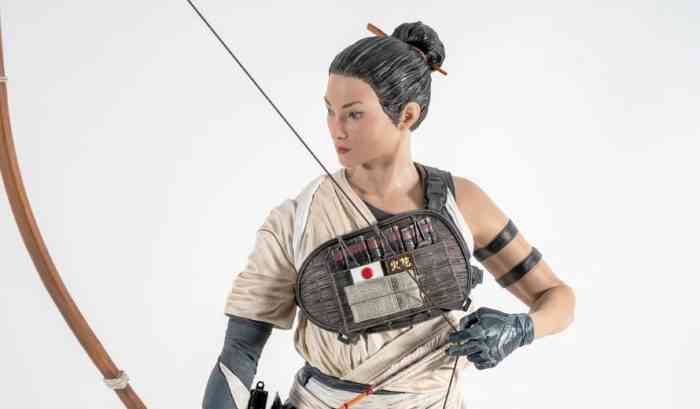 It’s $500. Just letting you know now. It is also 1/4 scale, which translates to a height of 27″, including the base. Hibana can be posed in two ways. The first is holding her bow (Kyūdō) and arrow. The bow is what pushes the height to 27″. The second pose has her holding her 40mm caliber pellet launcher (X-KAIROS) in one hand and a set of pellets in the other. Not holding the bow, Hibana stands at 21″ tall. She also has her machine pistol (BEARING 9) that magnetically attaches to her hip holster. The base comes with Japanese lantern lit by LEDs and can be placed wherever you want. The statue is also shipped with a bag of tiny cherry blossom petals for that unique Japanese atmosphere.

You can order the statue now if you want/can, though it will not ship until the third quarter of 2021. Forget clearing space on your shelf for this. It’s so big that you might want to consider getting a side table or something dedicated to it. Rainbow Six Siege is available now for PC, Xbox One, Xbox Series X, PS4, and PS5.

Would you pay $500 for a statue of anything? Let us know in the comments below.


Ubisoft Sets Sights on 2022 For Prince of Persia Remake