Expand Your Collection of Horrifying Bears, Rabbits, Foxes, and Birds of Indeterminate Species

The franchise that never dies is knocking at your door again. Don’t hit that button! We’re not here to stuff you into anything, promise. All we want to do is tell you about a great new opportunity to experience jump scares, give yourself bad dreams, and dig deep into the lingering mysteries of Five Nights at Freddy’s. Developer Scott Cawthon, best known for constantly trolling his fanbase and releasing his games ahead of schedule, has teamed up with Steel Wool Studios and Maximum Games to bring FNaF into major retailers this winter. If you need to fill out your collection or you just crave the feel of plastic under your fingers, now’s your chance to own physical copies of Five Nights at Freddy’s: Core Collection and Five Nights at Freddy’s: Help Wanted. 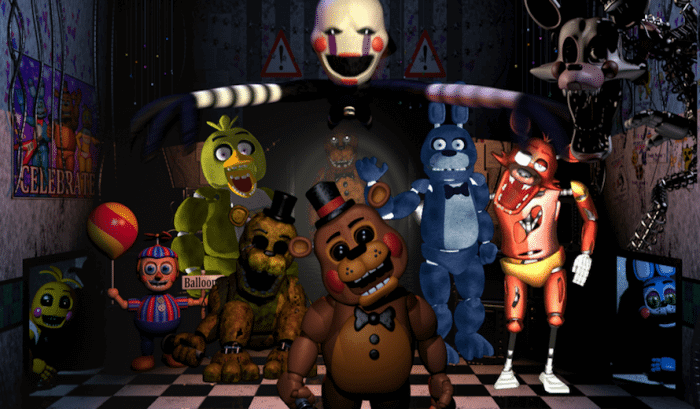 Are you ready for Freddy? Let us know down in the comments, or hit us up on Twitter or Facebook.