Republic Credits Will Do Fine

Season 1 of The Mandalorian helped launch Disney+ into the competitive streaming service scene. The helmeted charm of Pedro Pascal and the phenomenon known as Baby Yoda are some of the reasons for the show’s success and cultural impact around the world. We are on the doorstep of Season 2’s premier and Microsoft has partnered with Disney for a sweet Xbox One Mandalorian controller. It looks really good, but boy howdy, is it expensive. A standard Xbox One controller goes for about $60-$70, but this one clocks in at $220. 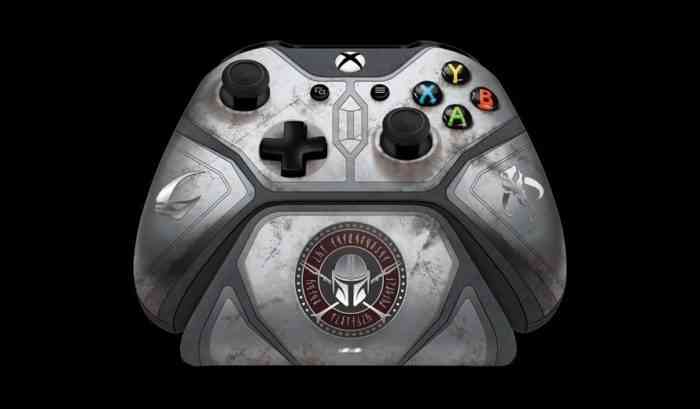 There are a couple of sigils on the controller. On the left side, we see the skull of a Mud Horn, which The Armorer made for Din and The Child. On the right side is a Mythosaur symbol, which many Mandalorians bear. The controller is covered in an armor plated design similar to Mandalorian armor. It is made to look battle-worn, which I suppose is fitting. On the back of the controller, on the battery cover, there is a Galactic Empire symbol with a Wanted message looking for Baby Yoda. The controller also comes with a Pro Charging Stand with a Mandalorian helmet design on it.

If price is no problem, any Mandalorian fans would definitely want to pick this up. You can pre-order it now, but the controller will come out on December 31st of this year. The Mandalorian season 2 will debut exclusively on Disney+.

Do you have your eye on this controller? Let us know in the comments below.

Cyberpunk 2077 is Absolutely Gorgeous on PS5

Holiday 2020 Gear Guide: Best Accessories for PC, Xbox, PlayStation, and Switch
Next
Leave Portia for My Time at Sandrock in 2022, Early Access in 2021
Previous
Battletoads Leaves A Mark