Tom Holland burst into being a household Hollywood name when he debuted as Spider-Man in Captain America: Civil War, and now he is bringing another iconic character to the big screen. It has been in production Hell for a few years, but the Uncharted movie appears to be well into production at this point. It’s far enough along that stars, or rather the star, can share some image from the set. Tom Holland revealed himself in his Nathan Drake costume earlier today, and by costume, I mean a Henley and khakis. 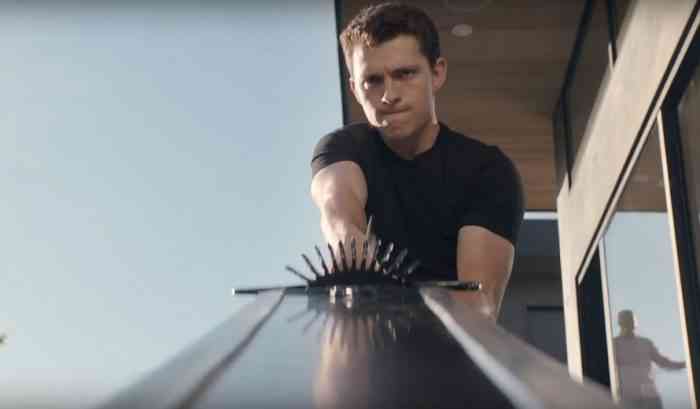 After Tom Holland was cast as Nathan Drake, many fans criticized him as being too young to play him. Bear in mind, this Nathan is going to be a young man, before the events of the first Uncharted game. Secondly, many people have never seen Holland portray anything other than a teenage superhero from Queens. His latest movie The Devil All the Time might change some minds about his range of maturity, but you can also just take a look at the set photo he just shared. He looks really good.

Maybe he doesn’t have the spitting image face of Nathan Drake that Nathan Fillion has, but after costume and make up, Tom Holland really looks like how our rough and tumble hero would look in his early treasure hunting days. He’s in Nathan Drake’s classic Henley and khaki costume, pistol holsters, and ring on a necklace, with a cut or bullet hole on his arm, standing in the middle of a ruined building, which he may or may not have had something to do with. Looking pretty damn good, I’d say. The Uncharted movie is expected to debut in July 2021.

What do you think of Tom Holland’s look? Let us know in the comments below.