You know what we love? Horror games. You know what we also love? Scary monster girls. You know what else we love? Fast-paced platforming action, pixellated gore, and thumping electronic soundtracks. So They Bleed Pixels is basically everything we could ask for, and we’re thrilled this indie title is finally getting a Switch release. Beginning on October 22nd, this creepy little gem will be available in the Nintendo eShop. Preorders start today, but there’ll be a discount all the way to October 31st. If you’re looking for a scare this Halloween, why not check this out? No, really, why wouldn’t you? This is some top-notch combat platforming wrapped up in a gothic-cute pixellated package. Just look at this cutie go!

Inspired by classic horror and the works of H.P. Lovecraft, They Bleed Pixels follows a young girl into her nightmares. Descend into darkness as dreams become reality and your very flesh betrays you. To reclaim your humanity, you must run, jump, and slash your way through hordes of monsters even as you become one of them. The game’s story is conveyed through adorable but gothic motion comics which tell the tale of a girl becoming possessed by eldritch forces. The only way out is through.

Brutal retro platforming and fierce beat ’em up action stand in your way. A one-button combo system has no right to be this intense. Button-mashing won’t get you far, but if you embrace stylish combat and start kicking your enemies into wall-mounted buzzsaws, bottomless pits, and spikes, you’ll be rewarded with checkpoints. Yeah, you heard that right–in this platformer, checkpoints are a reward, not a given. If you want to save your progress, you’ll have to earn it. Fill up that checkpoint meter with combos and brutal finishers. Soon you’ll be placing checkpoints wherever you want, or holding on to them for bonus points and bragging rights. 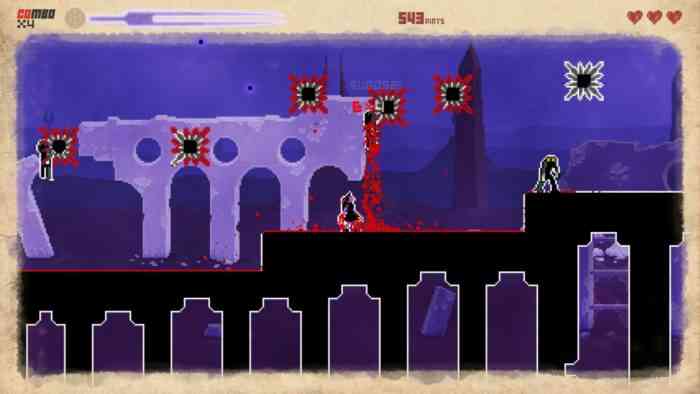 What are you playing this Halloween? Let us know down in the comments, or hit us up on Twitter or Facebook.


Datamining Suggests Resident Evil 3 Will Be Coming to Switch

In Sound Mind Challenges Your Conception of Reality

Experience a New World of Horror This Halloween

Among Us Getting a Huge New Map
Next
Double XP Comes to CoD: Black Ops Cold War Beta
Previous
A Trippy Spin on the Detective Genre: The Signifier, Out Now!