Where Everybody Wants Your Brains

So Halloween this year is a bit of a bust. No trick-or-treating, no parties, no pumpkin-carving or costume contests… might as well just curl up with a bowl of candy and a good horror game. You’re on your own for the candy, but we can definitely help you out with the game. Created by the people who brought you Bartender VR Simulator, a virtual bartending course based on reality, Horror Bar VR is a colorful, spooky, social distanced experience. Take on the role of an undead bartender and serve your ravenous customers brain burgers, bloody drinks, and fry cut fingers using a variety of different bartending techniques. If you want to challenge yourself, you can make dishes out of aquarium-dwelling wrigglers, steaks from an unknown source, or even dead rats reanimated by electricity in true Frankenstein style.

Play now in early access or wait for the full Steam release on October 29th, just in time for Halloween. On launch day, VR Factory states that Career Mode will offer 4-5 hours of gameplay. The full release will feature additional levels and game modes, unexpected scenarios, and–of course–more zombies. Watch out for bats trying to steal your ingredients or severed hands knocking over your supplies. Drink in the soundtrack composed by Mikolaj Stroinski, whose previous works include music for both League of Legends and The Witcher 3. Immerse yourself in the horrific but cartoony atmosphere and keep your customers happy. 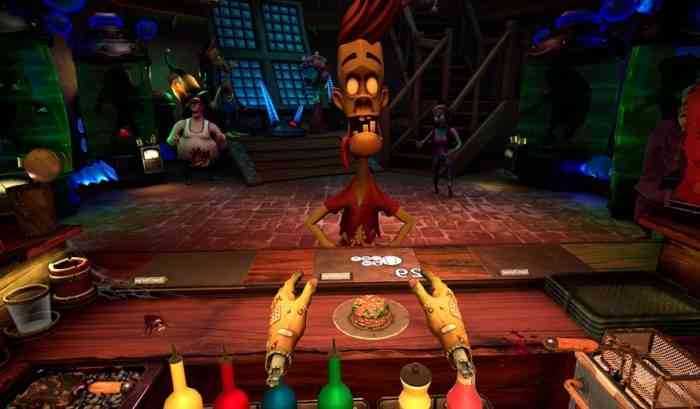 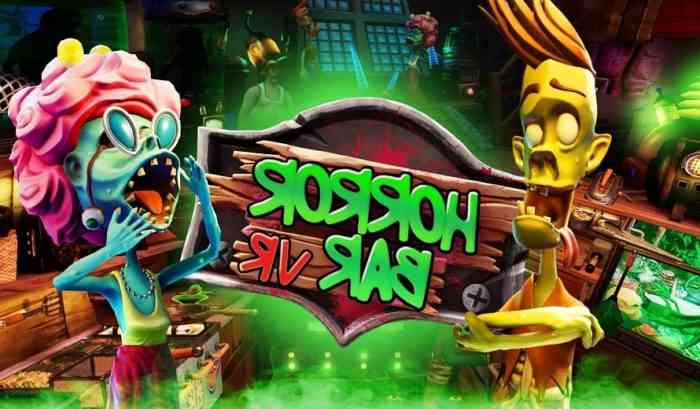 So what are you waiting for? Put on your HTC Vive, Oculus Rift, or Valve Index headset and plunge into the nightmarish world of zombie bartending.

What are your plans for Halloween? Let us know down in the comments, or hit us up on Twitter or Facebook.