The New IP Gets an Awesome New Cover

Scarlet Nexus is a game that’s snuck up on me. It happens sometimes. For every game, series, book, or movie I’m anticipating months in advance, even if nobody cares, there are games that either fly under my radar or that I don’t think will be my thing, like the sublime Ghost of Tsushima. Scarlet Nexus falls squarely into the latter camp, but I’ll be honest: the cover, revealed by Geamtsu and found in the Gamestop store listing, would have piqued my curiosity. 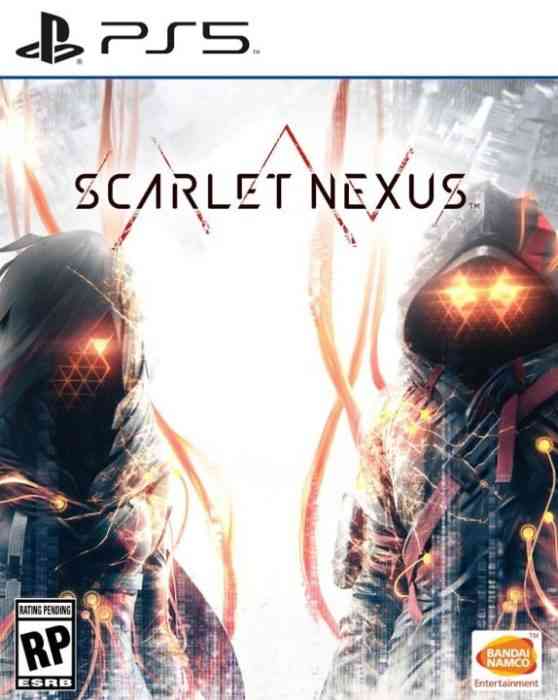 Scarlet Nexus follows members of the OSH, or Other Suppression Force, an elite group who use their psionic abilities to combat the mysterious, otherworldly others. The game combines anime-esque visuals and fluid action-RPG gameplay as you explore a variety of locales, from underground cityscapes to overgrown, abandoned mansions.

The trailer showcases two faceless characters – likely the two playable characters Yuito and Kasane. Their faces are covered by the same triangular motif seen elsewhere within the games promotional material, including the title, and a closer look at the trailer will show that the motif appears on the masks the characters wear for unknown reasons. Also visible on the cover are what the development team call the scarlet nexus themselves – red tubes connecting the player to their companions when borrowing each other’s powers, harkening back to the ancient Chinese myth of invisible red strings connecting us to our soulmates.

There’s still quite a wait until Scarlet Nexus drops – EB Games and Amazon both list a release date of December 31st 2021 – but the good news is that if you still haven’t upgraded your console by then you’ll be able to upgrade for free on PlayStation when you decide to buy a PS5.

If you had a superpower, what would it be? Let us know down in the comments, or hit us up on Twitter or Facebook.