Scarlet Nexus Reveal the Meaning of the Name

What’s In a Name?

A lot goes into naming video games, books, or movies. As random as they may seem, there’s usually some thought process behind it. Silent Hill is named after the town where the game is set, which is as much a character as anybody else. Final Fantasy XVI may have an ironic name given the franchise’s popularity, but depending on who you ask, the original game was titled Final Fantasy as Square was on the brink of bankruptcy, and it could well have been their last game. Now, the dev’s behind the upcoming Scarlet Nexus have clarified the title of their own game, and teased some gameplay mechanics along the way.

For those of you who aren’t following the game, Scarlet Nexus follows the members of the OSF (Other Suppression Force) – soldiers gifted with unique psionic abilities who fight off the mysterious, otherworldly Others. The name harkens to an ancient Chinese legend, the red thread of fate, which states that people who are destined to meet are connected by an invisible red thread that connects us with people we’re destined to meet, getting shorter and shorter as we get closer together. This hints at the close bonds that’ll form between the playable characters of the upcoming RPG.

The dev’s also explain that, when “borrowing” your allies powers, red tubes will be stabbed into the characters back, presumably connected to the teammate they’re currently borrowing from. Given that every teammate has a different power caused by their unique brain chemistry this serves as a nice visual way of underscoring the connection, and given that the dev’s mentioned it as part of the title hints that this connection will be key to the game. 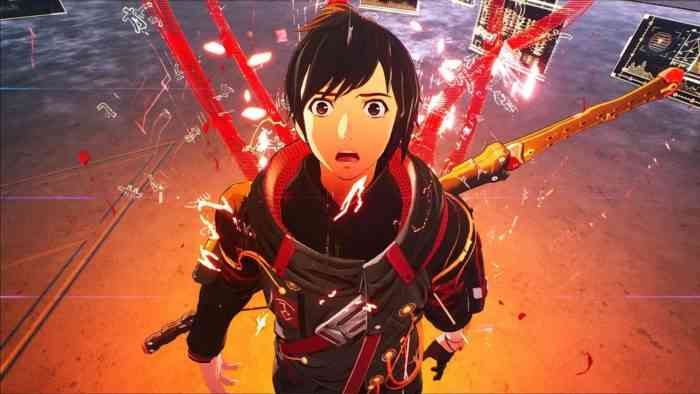 Will you be checking out Scarlet Nexus? Let us know down in the comments, or hit us up on Twitter or Facebook.

Skyrim Meets Scripture in I Am Jesus Christ
Next
Crypt of the NecroDancer and Cadence of Hyrule Take Over Store Shelves
Previous
Report: Freddy Fazbear’s Pizzeria Simulator Coming to Switch