With Spider-Man: Miles Morales recently going gold, and release just around the corner, Insomniac is ramping up its marketing and giving fans exciting glimpses into the world of the game 1 year on from the original Spider-Man PS4. 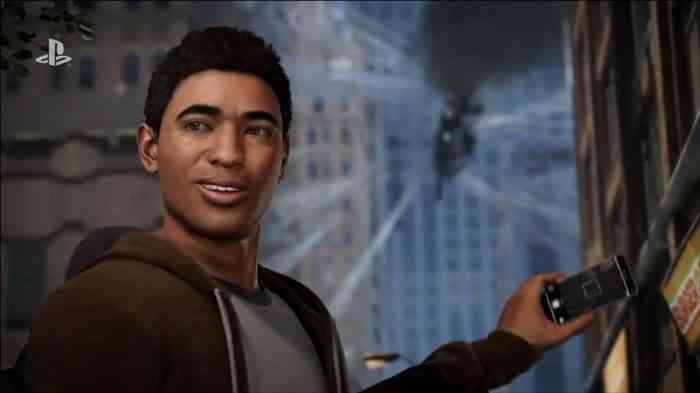 Insomniac has already given us a glimpse at one of the new suits Miles will be wearing, likely early on in the game’s story. In a new post on social media, following the same format as the last by presenting itself like a Daily Bugle Blog article, the developers give an overview of the events that happened in the first game; namely Spider-Man defeating Kingpin and Mr Negative, all while thwarting a prison break orchestrated by Doc Ock. The post notes that Spider-man revealed the secret identities of several villains, the Kingpin being real estate mogul Wilson Fisk, and Mr Negative being philanthropist Martin Li. The post reaffirms how tragic the backstories are for many of Spidey’s rogues gallery, but also hints towards the state of New York in the game – with public figures revealed to be villains it stands to reason that the city could do with some hope.

We know from the PS5 showcase that Miles’ mom Rio Morales is running for office, and that Miles is starting out on a hero’s journey of his own. They are living in a different New York to the one Peter protected in the first game, with gang wars springing up around the city as lower level hoods battle it out for supremacy. The blog post, once again attributed to Spider-man ally Robbie Robertson, points out that “The Underground” gang is taking advantage of these “gang brawls” to advance their control, now lead by the Tinkerer as we saw in the PS5 showcase. These gang brawls could potentially be side-quests early in the game, or else a story quest that brings Miles into The Undgerground’s line of fire.

The post concludes by wondering whether either of the Spider-men step in to take down this new threat. We don’t yet know what kind of emotional state Peter is in at the beginning of this game, considering the tragic consequences of the last game he may not be in a state to take on this new gang and perhaps Miles will have to step up. The images in the post show off the high-tech neon weaponry that The Underground thugs are carrying, so Miles may well be in for the fight of his life.

What other villains do you think we’ll see Miles face off against? Let us know in the comments!