Don’t Play With My Kingdom Heart

Next month, the Nintendo Switch will be getting its first and supposedly only Kingdom Hearts game, Melody of Memory. Since the long-awaited Kingdom Hearts 3 debuted on Xbox One and PS4, fans have been hoping for a Nintendo Switch port. I’m sorry to say that the Kingdom Hearts director himself, Tetsuya Nomura said that it is impossible due to the graphical demands of Kingdom Hearts 3. That game may be off the table, but in a recent interview with Nomura, he did say that he is hoping to share something with Nintendo fans. What, oh, what could it be? 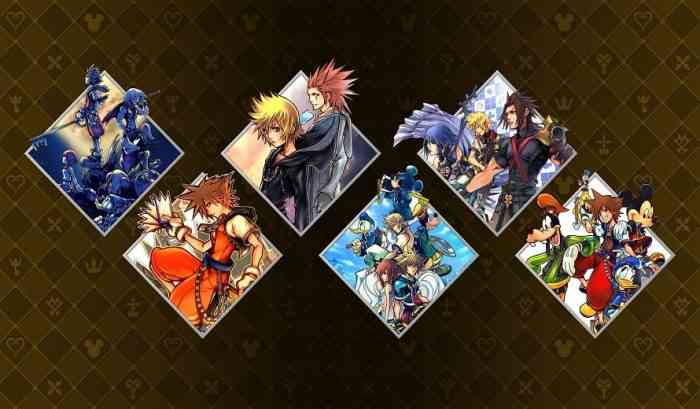 The interview in which Nomura said this was from the November 2020 issue of Nintendo Dream, but the full context is not known. The interviewer asked if there was an opportunity for a Kingdom Hearts title of his to come to the Switch. He said no, but he thinks “we’ll be able to deliver something in the not-too-distant future…” What exactly could that mean? It is almost certainly not Kingdom Hearts 3, but there are less demanding KH games out there. Both PS4 and Xbox One have Kingdom Hearts HD 1.5 Final Mix + 2.5 ReMix and 2.8, which are collections of earlier games. It may not be beyond the realm of possibility that they could come to the Switch.

The Kingdom Hearts games of yesteryear are still a blast, so hopefully those collections are in the cards for Nintendo Switch owners. Everybody! Tweet at Mr. S. Enix! At the very least, Nintendo fans will be able to play Kingdom Hearts: Melody of Memory on November 13th when it comes out on Nintendo Switch, PS4, and Xbox One.

What do you think Tetsuya is referring to in this interview? Let us know in the comments below.

Ravenscourt Officially Announces Road 96: Mile 0 In Cool Trailer
Next
Level Up Your Collection This Weekend With These Awesome Video Game Deals
Previous
COG Considers Chilling Out About Difficulty