Oh look. An old politician is trying to get the attention of young voters by doing something hip. That’s right. Democratic presidential candidate Joe Biden has an Animal Crossing: New Horizons island promoting his campaign. Here’s the thing though: it’s not a sad attempt at connecting with young voters; it’s actually a pretty darn good island. Obviously, Joe Biden did not create and design the island himself, but someone on this campaign team really knows what they are doing with Animal Crossing: New Horizons. Someone on the Biden campaign team contacted Kinda Funny’s Greg Miller to debut this island for the world, so Greg and Animal Talking’s Gary Whitta teamed up to delve into it. 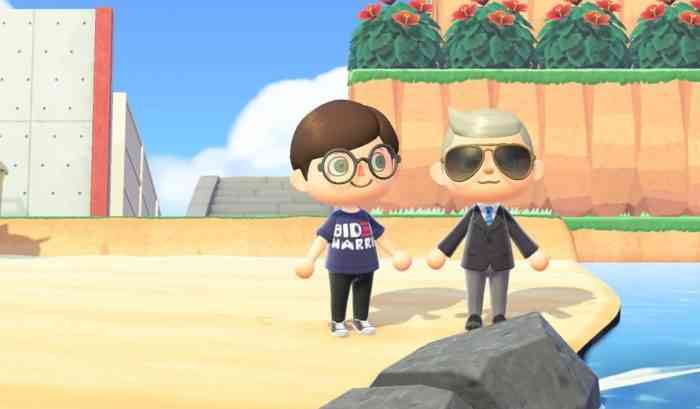 If you are unfamiliar with Animal Crossing, but are a Biden supporter, it is nice to walk around and see all the ways the island is decorated to reflect Joe Biden’s personal interests (like dogs, ice cream, and trains), but if you are an Animal Crossing aficionado, like Gary Whitta, you will notice how much detail and effort went into Biden Island. The town hall has been converted into a campaign office with flyers, desks, and phones, with a Biden/Harris merch store. The upstairs area also has a split office where Joe Biden and Kamala Harris would hypothetically spend their time. You can even find Joe Biden walking around his island yelling his catchphrase (?) “No malarkey!”

All the official Biden/Harris apparel and signage are digitally recreated and available for visitors to download. The island designer also played with perspective a lot by fencing off the edges of the island to give the effect that the town goes on forever, as well as building a replica of the White House in the background. Something like this probably will not sway many voters, but it is pretty cool regardless. You can visit Biden Island for yourself with the Dream Code: DA-7286-5710-7478. Animal Crossing: New Horizons is available exclusively on Nintendo Switch.

Do you think this is a neat promotional tool? Let us know in the comments below.

Getting to the Best Part of Fire Emblem Engage
Next
Phil Spencer Thinks Series S May Outpace Series X
Previous
Marvel’s Avengers Delayed on Next Gen, Hawkeye DLC Delayed Too