For the past year or so, there have been itty bitty rumors and leaks suggesting that Final Fantasy fans might get physical editions of the remastered Final Fantasy VII & VIII games. There is a Twin Pack for the two PS1-era games, but it was only available in Asia for Nintendo Switch. Fans held out hope that the pack would be coming to North America at some point, but it just hasn’t happened. Square Enix has however announced that the Twin Pack and a Final Fantasy VIII standalone physical copy would be coming out, but in almost every region except North America. 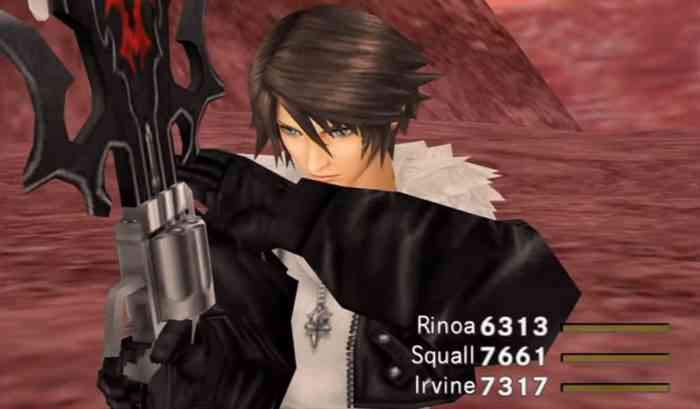 On Twitter, Square Enix announced to Europe, the Middle East, Australia, and New Zealand that Nintendo Switch owners could get a physical Twin Pack of Final Fantasy VII & VIII, and that PS4 owners could get a physical copy of Final Fantasy VIII. Though some fans in North America feel left out, this is actually great news for them. The fact that these are available outside of Japan and other Asian regions is more promising than every for North American audiences. If you ask your ol’ pal Zane, it’s only a matter of time before it hits our shores.

We’ve seen the case for the Twin Pack, but the PS4 case is brand new. We see Squall with the lion symbol (Griever) behind him, Rinoa with her angel wing motif behind her, and Seifer with his sword’s symbol (Hyperion) behind him. For audiences in the aforementioned regions, you can get the Final Fantasy VII & VIII Remastered Twin Pack on Nintendo Switch or Final Fantasy VIII Remastered on PS4 on December 4th, both in physical copies.

Would you get either of these if they came to North America? Let us know in the comments below.