Okay, but Why Not the Real Thing?

We all know about Facebook and its relationship with groups and individuals spreading hate, misinformation, violent speech, and general douchbaggery, but for some reason when a digital group comes along and vaguely resembles something dangerous that actually exists, they feel the need to shut it down. Did I lose you anywhere in there? Let me explain. A group of Fallout 76 players had a private Facebook group called Free States Militia. They post in-game pictures and co-ordinate with members for in-game meetups; it’s a fan page. Recently, Facebook has deleted this group and banned the admins’ private accounts. 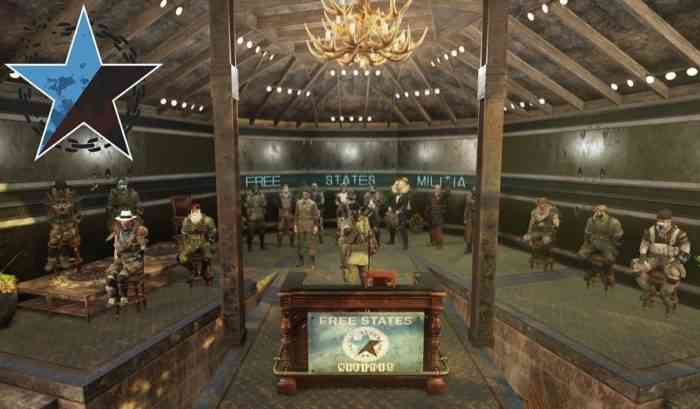 If you heard of a group called Free States Militia, that would probably raise some concern, especially because of today’s climate of civil unrest. The name is probably what drew Facebook’s AI to the group. However, the moderating AI does not make all the decisions of what gets taken down, removed, or deleted. There are human users that review information, so we ask ourselves how a real person could mistake this page for a real life hate or militant group? Meanwhile, there are still many active groups full of real people on Facebook that spread hate, organize armed demonstrations, and allow domestic terror to fester.

Thankfully, Facebook is not the only social media platform that the Free States Militia group is part of. Their Twitter account is still up and running, and their media like images are safe and sound. Their Twitter account’s bio is now prefaced with “***VIDEO GAME***” as a precautionary measure. Fallout 76 is available for PC, Xbox One, and PS4.

Have you had any experience with unjustified banning from social media? Let us know in the comments below.