Bloodstained: Ritual of the Night Sinks its Teeth Into iOS and Android

The Night is Far From Over

Bloodstained: Ritual of the Night is a Kickstarter success story. It was designed as a successor to Castlevania, in the same vein as Mighty No. 9 was meant to be the new Mega Man. The difference is that Bloodstained was enjoyable and well-received, whereas Mighty No. 9 was Mighty No 9. But why beat a dead horse when you can focus on an undead one? Let’s talk about Bloodstained, its impact, and its legacy–assuming legacy is the right word for a game that came out in 2019 and is now being ported to mobile. First things first: Bloodstained is a Metroidvania modeled after the classic Castlevania games in gear, aesthetic, abilities, and classic trial and error gameplay. If you’re nostalgic for Symphony of the Night, don’t even hesitate–hurry up and sink your teeth into this game. If not, here are some other reasons you should consider pouncing when NetEase Games and ArtPlay release the global mobile version.

Reason number 1: it’s got a great story. Bloodstained follows in the footsteps of Castlevania and presents a spooky tale set in Europe’s pasts, focusing on the aftermath of a horrific event that unleashed a plague of demons onto the land. Players take the role of Miriam, a mysterious girl known as a Shardbinder, who narrowly survived the gates of Hell opening but fell into a coma. When she awakens ten years later, she finds that almost everyone she knew is dead, her body is being slowly taken over by magical crystals, and her childhood friend Gebel is hanging out in a mysterious castle from hell. If she wants to save her own life or even find out what the hell is going on, she’ll have to fight her way into the castle and end the demon scourge once and for all. Sounds pretty awesome to us!

Reason number 2: it’s just an all-around good game. Bloodstained is an incredibly good recreation of classic Metroidvania exploration and action. It’s not without its flaws, but it is fair, even the boss fights. And it’s got over 1 million sales so far, which means it can’t just be us being biased out of Castlevania nostalgia. Even if we’re drooling SotN fans–and we are–Bloodstained still provides an excellent, skill-based experience. There really is something great here, we promise. 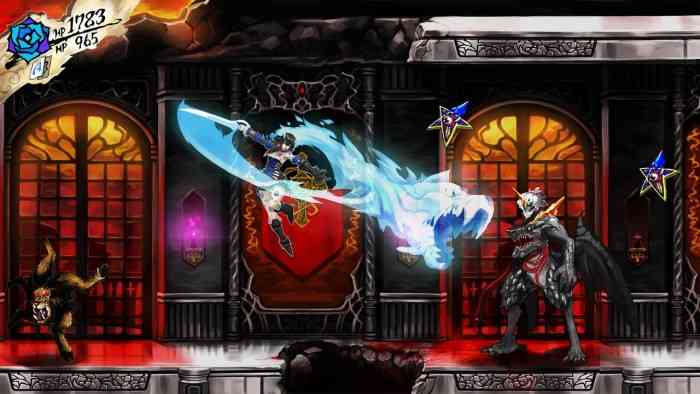 Reason number 3: they’re optimizing everything for mobile. The UI’s been updated, the 108 shard icons have been fully redesigned, and weapons and combos have been adapted to ensure your fighting style is customizable even without a controller. Also, the mobile version includes all console DLC, making this release the definitive edition of the game. We’re hyped for it.

Bloodstained will be available for both Android and iOS.

How do you feel about console games going mobile? Let us know down in the comments, or hit us up on Twitter or Facebook.