The Controversial Feature Gets Knocked Out

Advertising in games is a tricky thing. It’s something that could potentially bring in a lot of revenue, so it’s not a surprise that developers and publishers have been working hard to integrate them into gaming. Sometimes, this can work, and helps to flesh out the game’s universe, Like Devil May Cry 2’s Diesel costumes. Other times, the advertising is intrusive – such as the mission in Final Fantasy XV where Gladio raves about Cup Noodle before the party travel to find the perfect accompaniment. 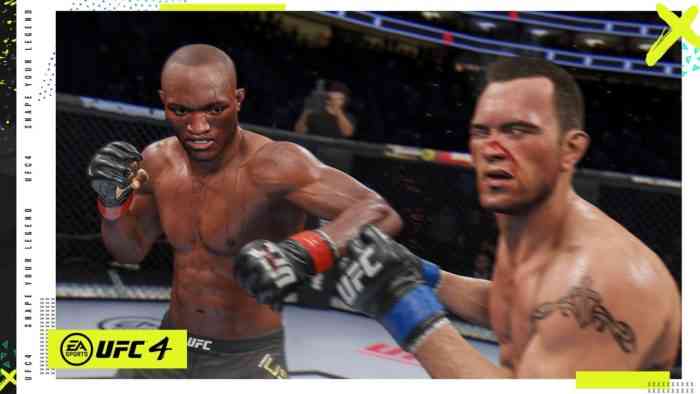 One of the more recent games to face criticism for advertising is UFC 4, where full-screen ads have been incorporated into the experience during replay. Not only is this drawing complaints in itself, players are unhappy that the feature came after release – as such, it wasn’t mentioned in reviews, as this would have likely affected its critical response.

While ads aren’t new to the franchise, they’ve previously been reserved to the main menu or to ads on the octagon itself – interrupting gameplay for advertising isn’t a feature that’s been well-received, especially given the game’s $60 price tag, but luckily EA Sports have responded to the complaints, and removed the feature entirely.

“It is abundantly clear from your feedback that integrating ads into the Replay and overlay experience is not welcome. The advertisements have been disabled by the team and we apologize for any disruption to gameplay that players may have experienced. We realize that this should have been communicated with players ahead of time and that’s on us.”

“We want to make sure our players have the best possible experience playing EA SPORTS UFC 4, so ad integration in the Replay and overlay experience will not be reappearing in the future. Thank you for your continued feedback on EA SPORTS UFC 4.”

Hopefully the negative response will stop EA Sports from such distracting advertising in the future.

What’s your favorite UFC fighter? Let us know down in the comments.