Star Wars. The Jedi and the Rebel Alliance are the good guys. The Sith and the Empire are the bad guys. We know that because we can see the Rebels’ faces and Darth Vader and the Storm Troopers always have helmets covering their faces. They also never have their own voices or faces. They are dehumanized and therefore easier for audiences to distance themselves from. That changes in this new Star Wars: Squadrons trailer. Not only do we see an Empire pilot’s own face, but we know his name and his story. 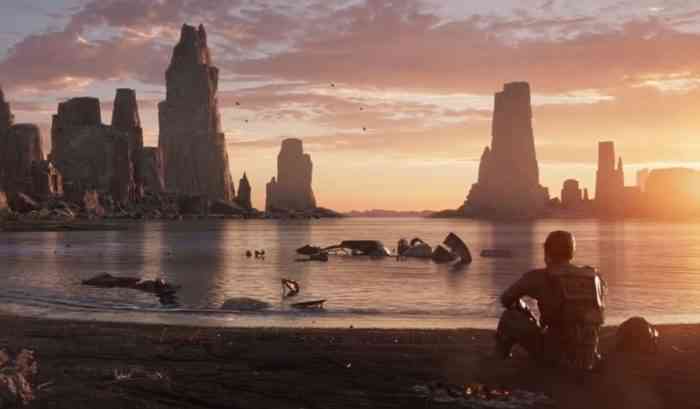 In this short CGI trailer called Hunted, we are introduced to Varko Grey, a TIE pilot captain. After the Battle of Endor, the New Republic is sweeping the galaxy of remnants of the Empire. During the Empire’s retreat from an Imperial dockyard over Var-Shaa, Varko Grey hangs back to save some TIE pilots, but gets left behind in the process. He tries to hide among the space debris, but is found by a lone New Republic X-Wing pilot. After being chased down to the surface of Var-Shaa, Grey manages to out maneuver the X-Wing pilot at the cost of his own ship. After it seems that Varko Grey is stranded, he is picked up by an Imperial squadron, with rejuvenated resolve.

We know that in Star Wars: Squadrons’ campaign, players will take on the roles of both a New Republic and Imperial pilot. It will not be a simple good versus evil story. This is our introduction to our main character on the Imperial side of things, so we will likely get another introduction to the character in the New Republic soon. Star Wars: Squadrons will be coming out on October 2nd for PC, PS4, and Xbox One.

Which side are you more looking to playing on? Let us know in the comments below.

Shoot Balls in VR and On-the-Go in Sniper Elite VR and Sniper Elite 4
Next
Vaults of the Ancients Brings Plenty of Gold and Canine Companions
Previous
What Kind of Skins Will We See in Gotham Knights?