“Leaked Santa Hulk” is a phrase I never thought I would ever use, but 2020 has been a year of “I never thought”. Marvel’s Avengers has been out for about a week and has been met with mostly positive, but mixed feelings. Many of us have been working on leveling up characters, grinding out high level gear, chipping away at the challenge cards, and unlocking cosmetics. Recently, a Santa Hulk skin has been accidentally unlocked, which has not yet been revealed. It has Hulk wearing red shorts, white scraps of a shirt, with a white beard and hair. 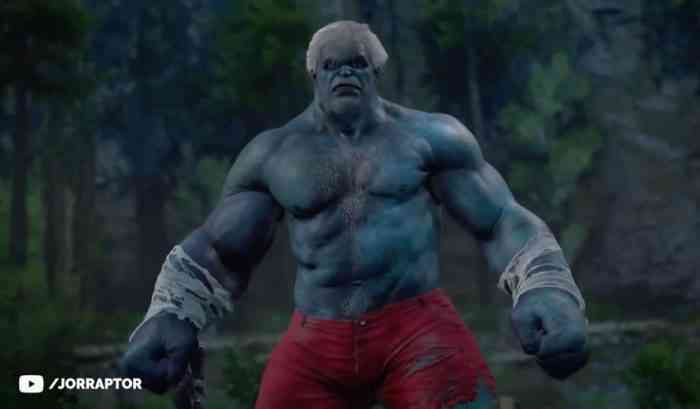 It does not take a master sleuth to expect Crystal Dynamics and Square Enix to plan for seasonal skins in Marvel’s Avengers. It does make us wonder about the possibilities for other characters and seasons though. I can see Black Widow or Thor also wearing Santa suits or Ms. Marvel and Iron Man with elf costumes. It would also be a missed opportunity if they did not use Marvel Zombies for inspiration in any Halloween cosmetics. Zombified Captain America anyone? I would also settle for these heroes just wearing store bought costumes of themselves. That would be really funny.

There are already about 30ish outfits for each character already and there are bound to be even more added, plus the skins for each additional character. The possibilities are endless. We’d like to hear what costume ideas you have for Marvel’s Avengers. Marvel’s Avengers is out now for PC, PS4, Xbox One, and Stadia.

What kind of seasonal costumes would you like to see? Let us know in the comments below.