There’s a couple of things that go towards making a good horror game. For one thing we need to care about the characters, even if they’re overtly villainous. One of the biggest complaints about The Last of Us: Part 2 was that secondary protagonist Abby was too hard to sympathize for, and that returning heroine Ellie went too far in her quest for revenge. Conversely, Silent Hill 2 is often singles out as one of the scariest games ever made and the eventual twist that hero James Sunderland murdered his wife adds a sense of depth and pathos to his character arc. 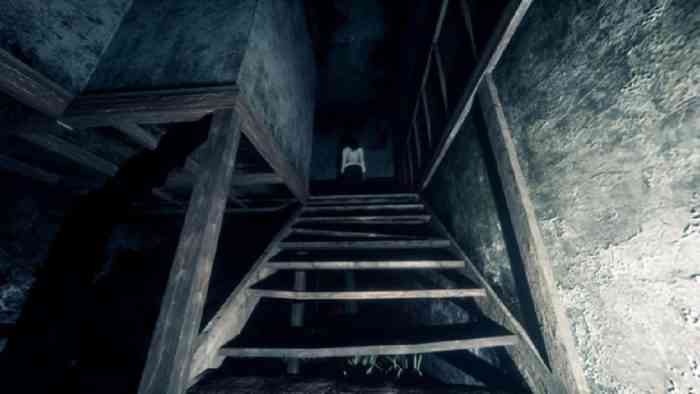 The Origin: Blind Maid is leaning straight into the unsympathetic characters, and time will tell whether this will be a boon or not. Players take on the role of a corrupt politician from Paraguay who’s attempting to escape to Brazil with his assistant. Things go awry when his assistant abandons him with the getaway car, leaving him stranded in a remote region known for its superstition and legends. Throughout the game, he’s hounded by the Blind Maid, a supernatural entity with a taste for torture.

The game has a focus on puzzle solving and, in the tradition of survival horror, players will be forced to make decisions on the fly, choosing whether to run and hide or to use up some of your precious (and limited) ammo.

As part of the announcement we got a short teaser trailer. There’s no plot details or gameplay but, despite being nothing but a slow zoom out on the titular maid as furniture flies around her, there’s a definite sense of menace that’s bound to make The Origin a game to look out for.

Will you be checking out The Origin: Blind Maid? Let us know down in the comments, or hit us up on Twitter or Facebook.