Way back in 2003, IO Interactive released a game called Freedom Fighters. It was like Just Cause, but without the verticality, destructible environments, and the guiltlessness of “freeing” a foreign country. Freedom Fighters was a cult hit and captures the take-the-fight-to-them attitude of hoo rah-America. After seventeen years or laying dormant, Freedom Fighters makes a surprise resurgence by re-releasing on PC in 2020. Fans have been asking for a sequel since the game came out, but to no avail. This re-release might strike up the conversation again though. 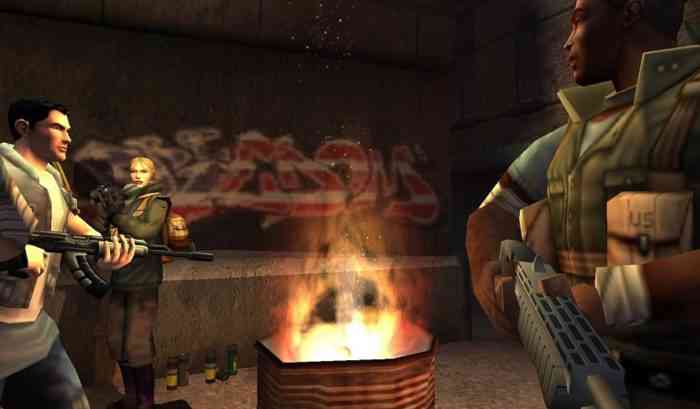 The premise of Freedom Fighters is that the Soviet Union invades and occupies New York. Just like all good American action, the player is a regular American man who rises up against evil and fights for American values of freedom. Chris and his brother Troy are just your everyday plumbers until the Soviet army messes with the wrong guy. Chris and his allies Isabella and Phil lead missions for a resistance group to take back New York City. Earlier today, a trailer was released from the Freedom Fighters Twitter account.

Freedom Fighters has arrived (again)! Download it today on @GOGcom @EpicGames and @Steam with 33% off in the first week!

It’s time to beat The Red Army, and re-join the Resistance! pic.twitter.com/JWLNdQXB6C

As far as a sequel is concerned, Freedom Fighters was one of the few IOI games not published by Eidos Interactive, instead by EA. Eidos was bought by Square Enix and plans for a sequel were shelved. Up until 2017, IO Interactive was with Square Enix, but since their departure they have been free to do what they want with their IPs, which included Freedom Fighters. They have always been interested in a Freedom Fighters sequel and with the re-release of the original, they may be testing the waters of demand before moving forward with Freedom Fighters 2. Freedom Fighters is out now on GOG, Steam, and Epic Games Store, and can be purchased for 33% off for the next week.

Did you play Freedom Fighters back in the day? Let us know in the comments below.