At Least Somebody Will Be Testing

Last week, Bethesda gave Fallout 76 players a look at what they can expect from the rest of the Fall through Winter. The next season will be called Steel Dawn, and as with anything with Steel in the name, it features the Brotherhood of Steel. It will of course be adding new weapons, armor, quests, and a new season board. It will also be adding new CAMP Shelter building features. Before that officially launches, Bethesda has announced the return of Fallout 76 public test servers, which will allow players to play around with these building tools. 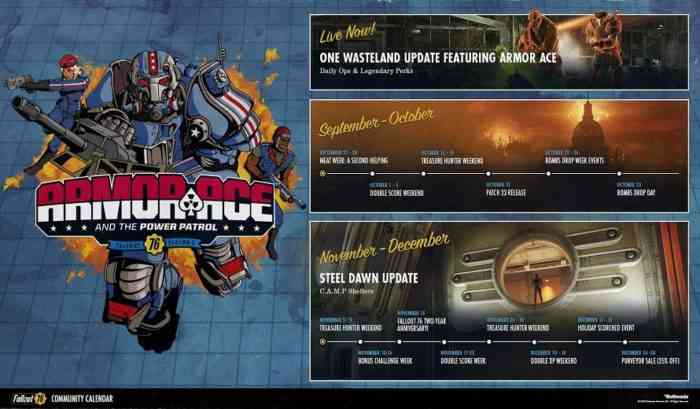 This week, we get a more detailed explanation of what CAMP Shelters are. Normally, players have their CAMP, where they can customize what kind of services, structures, and decorations they have. CAMP Shelters is like that, but underground. The space will be much less restrictive and open than above ground CAMPs. The building limits will also be completely separate from CAMPs, so if you max out your above ground CAMP, just move underground. All players need to do to access their Shelter is build a door to it in your CAMP.

The CAMP Shelters will be the only new piece of content in the PTS upon their return. During this time, building materials will not be required, so you can build whatever you want, as much as you want. Next week, Bethesda will let players know when the public test servers will go live and when the other content from Steel Dawn will be be added to the PTS. Fallout 76 is available for PC, Xbox One, and PS4.

Are you glad PTS will be returning to the game? Let us know in the comments below.