Good news RTS fans- DwarfHeim is coming to Steam Early Access on October 22nd, giving those that sign up a robust set of experiences and multiplayer modes to explore before the game officially drops. 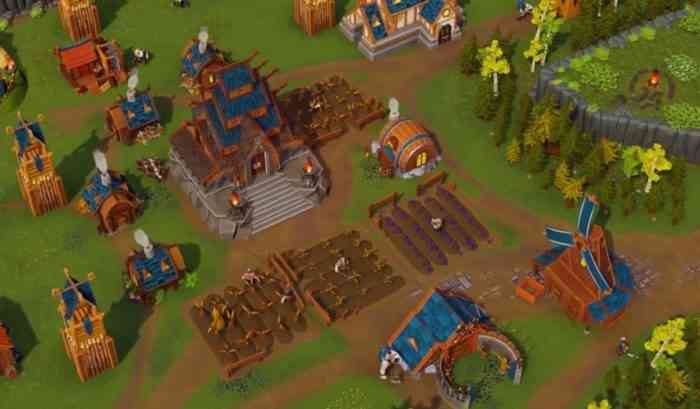 The four announced game modes are:

Conquest– Choose a class and team up with two other players to break through the opposing team’s defenses and destroy their town hall.

Skirmish– Pit your dwarves against an AI-controlled rival in a series of challenging maps.

Survival– With everything unlocked from the start, use all your skill and wits to survive waves of hostile trolls.

Sandbox– A more relaxed mode where everything is unlocked from the start, with a focus on creativity as you build your own perfect settlement.

There’s plenty more content to be released with the game, including through the Early Access program, so there’ll still be plenty of surprises in store.

The trailer showcases these four different game mode, and it goes a long way to showcasing the gameplay and design of the game. They might not be the most advanced graphics ever seen but they’re certainly stylish, and I can see the game being a big hit with RTS fans. If you can’t wait for Early Access the good news is that the game is currently open for beta until the 20th- you can join the game’s official discord server to get your hands on a key.

Early reactions to the game have been positive, with Rock Paper Shotgun’s Nate Crowley calling it stellar, so if this is the sort of game that interests you, you might find a lot to love in DwarfHeim.

Will you be checking out DwarHeim, or have you already given the beta a shot? Let us know what it’s like down in the comments, or hit us up on Twitter or Facebook.

Partisans 1941 Review – A Smooth Blend of Stealth and RTS
Next
Rumor: PS5 May Be Eating Some Costs to Ensure Availability
Previous
Civilization 6 Announces a Mountain of New Content