Borderlands 3 had an infamous start to its release with a timed Epic Games Store exclusivity deal on PC. It got a lot of flack for that move, but now that it is on pretty much every platform minus Nintendo Switch, every thing seems to be alright. However, it is still considered to pale in comparison to its predecessor Borderlands 2. When Borderlands 3 was announced, the final Borderlands 2 DLC was also announced after a years long content drought. Now, that DLC is available for free on the Epic Games Store. 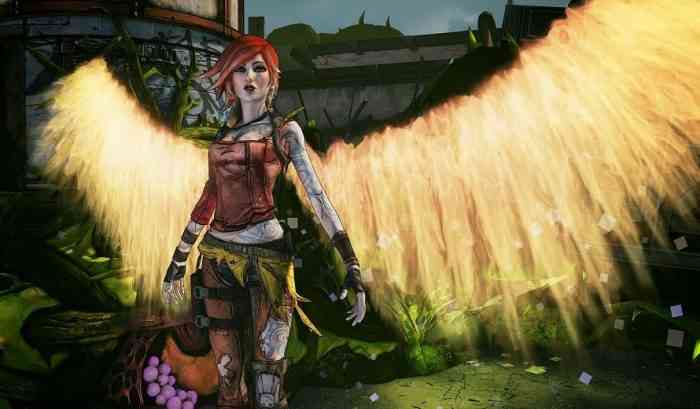 Commander Lilith and the Fight for Sanctuary serves as a bridge between Borderlands 2 and 3, showing Lilith’s rise to fill the leadership void in the Crimson Raiders after Roland’s death. For veteran players, they can jump right in to this DLC, but like its release on the other platforms, players have the option to start a new character and instantly boost them to level 30 to begin the story. This is the Commander Lilith DLC’s debut on the Epic Games Store and for it to be free right off the bat is just like its release on the other platforms previously.

The only way to get Borderlands 2 on the Epic Games Store is to get it through the Handsome Collection, which also comes with Borderlands: The Pre-Sequel. It’s a great collection anyway, free DLC or not. This deal will last until the end of September. Borderlands 2 and this DLC is available on PC, Xbox One, and PS4.

Which platform do you have Borderlands 2 on? Let us know in the comments below.