“Sometimes When You’re Busy Looking Forward, You Forget to Watch Your Back”

We heard a rumor a little while ago that new Borderlands 2 DLC was on its way. Still, it isn’t any less exciting that Gearbox has just announced that Commander Lilith and the Fight for Sanctuary is available right now! Go ahead, download and play it. We’ll still be here when you get back. Welcome back. Okay, first of all, this DLC leads into Borderlands 3, as was rumored. It introduces a new villain, who as of yet is unidentified. He looks like the Borderlands version of a male Poison Ivy. 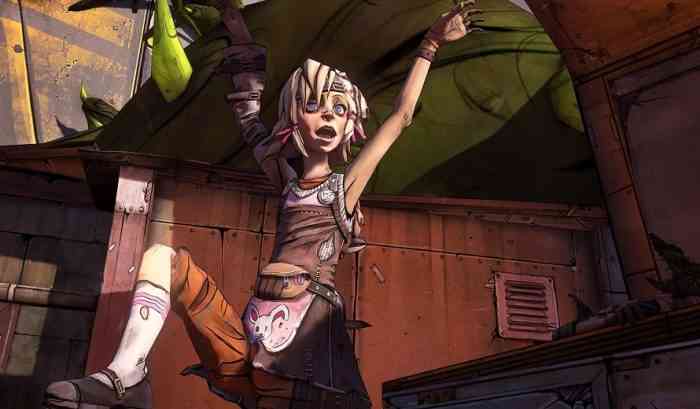 The look of the DLC is kind of reminiscent of Sir Hammerlock’s Big Game Hunt with all the foliage, except more mutant-like. Speaking of mutations, the trailer shows the citizens of Sanctuary being attacked with some sort of biological agent. This mutates them into some nasty-looking shootables. The trailer also announces that there will be a new tier of loot called Effervescent. Kind of like how the Pre-Sequel’s Claptastic Voyage introduced Glitch loot, Effervescent guns might have their own traits. There will also be new skins, heads, and an increased level cap. The trailer shows our Vault Hunters in what look to be hazmat suits, so they might be default skins.

Back to this whole setting the stage for Borderlands 3 thing. Let’s speculate here for a minute. We know that the Vault Hunters are going to space. It is likely that they will be forced out of Sanctuary in this DLC, which is going to be focused on Lilith being a leader and what that will mean for the Vault Hunters. [SPOILERS] If you watch the new Borderlands 3 trailer, you know that Lilith loses her Siren powers. It is likely that we will see her lose them. There is a moment in this DLC trailer that may very well be that scene. [SPOILERS END] And we know that the Calypso Twins have an enormous following, so is this new villain a lacky of them? Is this how we are introduced to the Twins? Let’s find out.

Commander Lilith and the Fight for Sanctuary is available for download right now. It is free for fans with copies of the Handsome Collection or Borderlands 2 until July 8th.

Were you expecting this DLC? Let us know in the comments below.