It’s fair to say that, despite the overwhelming success of the Pokemon franchise (outside of anime, manga, games, movies, books, and toys, the series also has a thriving fan community creating their own games), the basic premise gets stale quickly. You travel around a region based on a part of Earth, capturing pokemon, facing gym leaders, and taking down a villainous group. Later games in the series have been working to alleviate that with each new generation since Generation Six’s Pokemon X and Y introducing new mechanics that drastically change the flow of battle; X and Y introduced mega evolutions to certain Pokemon, Sun and Moon introduced Z-Moves, and Pokemon Sword and Shield introduced Dynamax and Gigantamax pokemon. 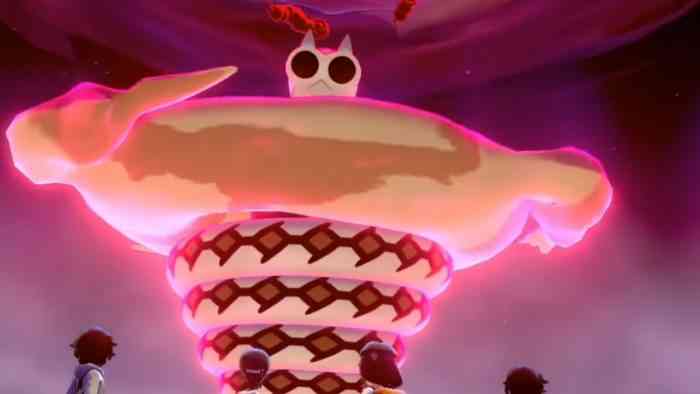 For those not in the know, all pokemon are capable of Dynamaxing (Growing to an extreme size) but only certain pokemon- and even then, only some of any specific species- can Gigantamax, taking on a new form and gaining exclusive moves. Capturing a Gigantamax Pokemon takes patience and effort, so Gamefreak have been holding regular Max Raid events where these pokemon are more common, including a massive event where players could receive the legendary pokemon Zeraora.

As part of the current event, players will have an increased chance to face Gigantamax Sandaconda, a ground-type snake pokemon that takes a form reminiscent of a tornado, and Drednaw, a dual rock-water type turtle pokemon.

To take part in the event you can either find a glowing pokemon den or join another player’s raid via wi-fi. You can also try to take on a max raid alone but given the fact that your AI companions will often bring pokemon like Magikarp to the battle, you’re better off trying to catch these event pokemon with a team of fellow players.

What’s your favorite pokemon? Let us know in the comments, or hit us up on Twitter and Facebook.