Medal of Honor: Above and Beyond Looks Like a Triumphant Return

Respawn and EA revealed Medal of Honor: Above and Beyond just under a year ago. It is the WWII shooter making its return for the first time since 2012. Above and Beyond will be a VR exclusive game and that may alienate a large percentage of gamers, but it still looks really good. The reasons to start investing and saving up for a VR setup are piling up. This year at Gamescom, Oculus released a story trailer for the new Medal of Honor game, which puts the player in the role of a saboteur aiding the French resistance against the German army. 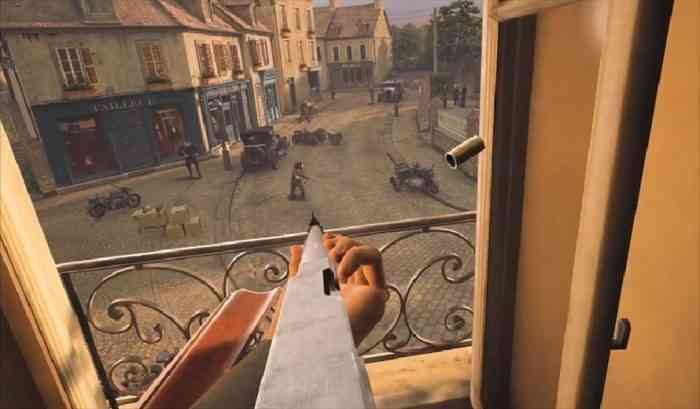 We see glimpses of gameplay and cinematics, including iconic battles like the storming of Omaha Beach, as well as parachuting onto a battlefield. While most Medal of Honor games have been primarily first person shooters, there is evidence of more involved gameplay beyond just shooting Nazis. There are instances of the player interacting with the world like smashing a bust over a German officer’s head and pressing piano keys to reveal a secret door. Of course, there will be some good old fashion Nazi shooting that Medal of Honor fans have come to know, as well as… snowboarding Nazis?

Does Medal of Honor: Above and Beyond catch your interest? Let us know in the comments below.

Apex Legends Teases New Character Fuse in “Good As Gold” Video
Next
Hitman and Shadowrun Free on Epic Games Store
Previous
What the Heck Is Bridge Constructor: The Walking Dead?