Y’all Need to Vet Your Trailers

Ubisoft’s gaming universe has a ton of beloved franchises and characters. Their new mobile game Tom Clancy’s Elite Squad is where these characters (particularly the Tom Clancy ones) can come together and fight it out and fight together. The prospect of having people like Splinter Cell’s Sam Fisher, Rainbow Six’s Tachanka, and Ghost Recon’s Coda in the same game is pretty cool. However, a recent trailer for the game included some very real imagery that not only misrepresents its group, but also promotes very dangerous conspiracy theories. How this got past Ubisoft in the first place is anyone’s guess. 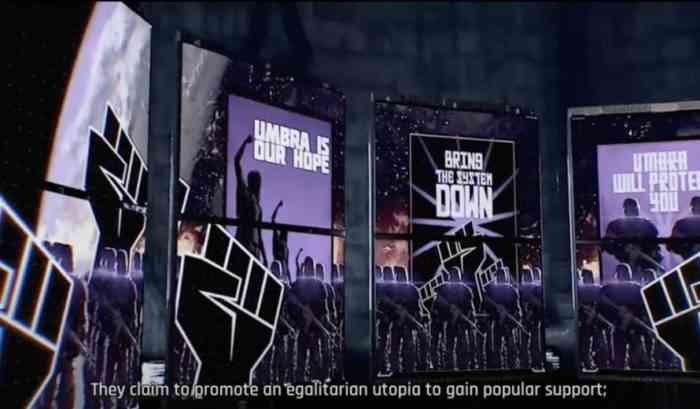 Especially in recent months, you have undoubtedly seen protests and demonstrations across the United States with groups including Black Lives Matter brandishing symbols of a raised fist, often colored black. This symbol has also been used alongside the Black Power slogan since the 1960s. For some reason, Ubisoft decided that it was a good idea to also use that symbol for the villains UMBRA in Elite Squad. Not only are they the bad guys, but their tactics parallel right-wing conspiracy theories about BLM.

UMBRA is a faceless organization that stokes messages of power to the people on the surface, but secretly plots terrorist attacks and undermines democratic institutions from the shadows. It is basically what conspiracy theorists believe ANTIFA is. Somehow, this blatant misuse of the raised fist symbol eluded Ubisoft until now. They released a statement saying that the symbol will be removed from the game in the next title update scheduled for September 1st. The trailer was removed from all Ubisoft platforms, but remains on other channels. As usual, beware of cesspool comments sections. Tom Clancy’s Elite Squad is out now on mobile platforms.

Do you think this use of the symbol was intentional or just tone deaf? Let us know in the comments below.

Like a Dragon: Ishin! Remake Comes Out Early Next Year
Next
In Sound Mind Drops Two New Videos
Previous
Prepare To Get Lost in an All-New Adventure With These 10 Great Video Game Deals