Less Than A Week Till Full Release

After a couple of years in Early Access, Double Kick Heroes is coming out for real next week for PC and consoles. In anticipation of this, Headbang Club is releasing the full track list for the game. A sort of appetizer while you wait, so to speak. The guest tracks look especially enticing. There’s so many bangers on there! 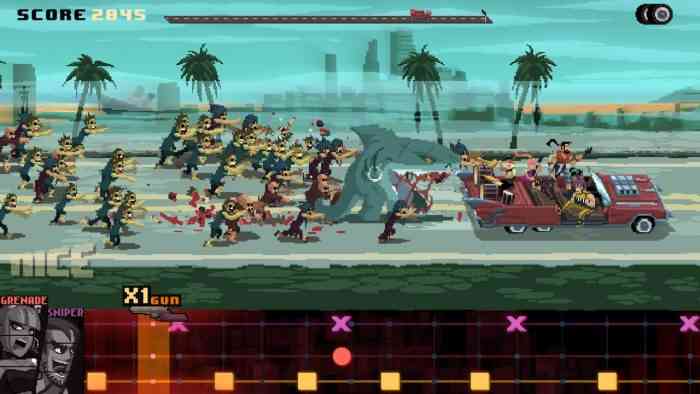 Notable additions to the track list include Gojira, Carpenter Brut, Dan Terminus, and The Great Old Ones. The bulk of the soundtrack is composed by Elmobo, featuring such gems as ‘Sawing your head off’ and ‘Genital Absolution.’ Like any good rhythm game, the soundtrack is front and center, a catalog of techno metal jams that define the whole game’s aesthetic.

We reviewed the early access version of the game back in 2018, if you’d like to learn more. The metal rhythm shooter features Story, Arcade, and Roguelike modes to play through. The full soundtrack has over 50 songs, including 18 guest tracks. The full version of Double Kick Heroes is coming August 13th to PC and the Nintendo Switch. You can check out a super quick Nintendo Switch release trailer embedded below.